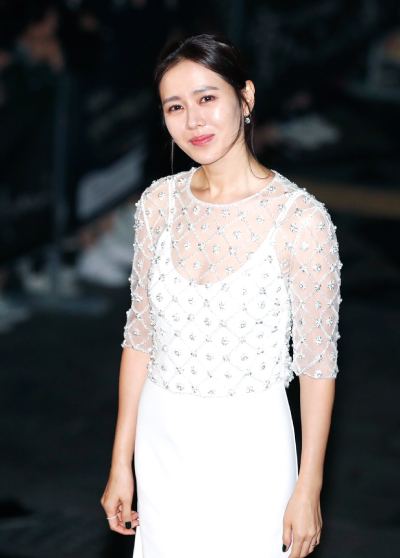 Actor Son Ye-jin has been cast in a new TV series on cable channel JTBC, making her return to the small screen for the first time in five years, the channel announced on Wednesday.

The drama, roughly translated as “Pretty Sister Who Treats Me to Meals,” is scheduled to air in March.

The new series revolves around Yoon Jin-ah, played by Son, a 30-something supervisor at a coffee franchise, who suddenly feels romantic feelings for her best friend’s younger brother.

It will be produced by Ahn Pan-seok, the creator of a number of critically acclaimed and popular dramas over the decades, including “Behind the White Tower” (2007), “Secret Love Affair” (2014) and “Heard It Through the Grapevine” (2015). He also directed the romantic drama film “Over the Border” in 2006.

“I always wanted to work with director Ahn Pan-seok. I am excited to see how the drama will turn out when Ahn’s unique expression of delicate emotions meets a relatable story,” Son was quoted as saying by the channel.

The last drama the actor appeared in was KBS2’s “Don’t Look Back: The Legend of Orpheus” in 2013.