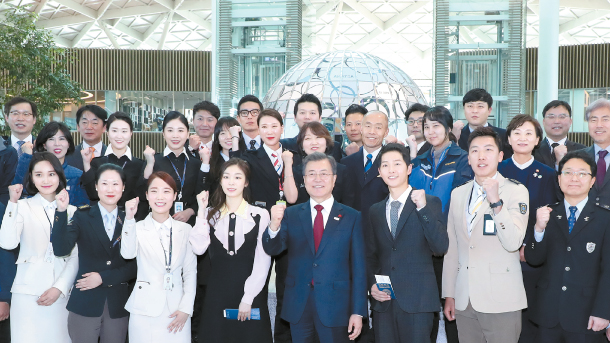 Attending an opening ceremony for the new Terminal 2 at Incheon International Airport on Friday, President Moon Jae-in, center, with former figure skater and honorary ambassador for the PyeongChang Winter Olympics Kim Yuna, left of Moon, and actor and honorary ambassador for the airport Song Joong-ki, right of Moon, pose for a commemorative photo. The Transport Ministry and Incheon International Airport Corporation held a ceremony attended by some 1,000 people to mark the opening of the new terminal, which begins operation next Thursday. [YONHAP]