The cost of ignoring Japan

The cost of ignoring Japan 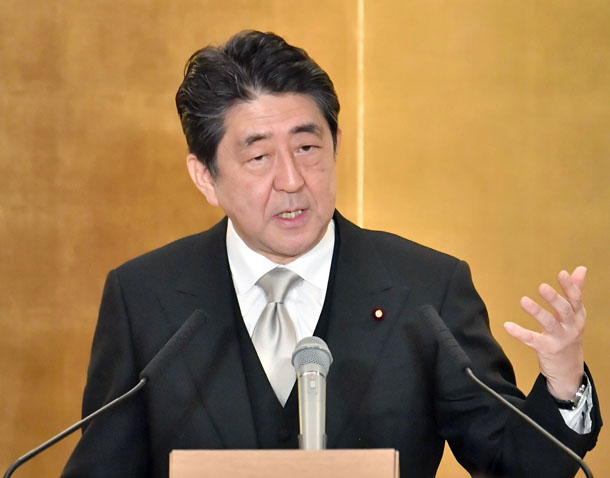 I paid special attention to Japanese Prime Minister Shinzo Abe’s New Year’s news conference on Jan. 4, especially to hear what he would say about Korea. However, he only mentioned Korea once, as he would consult China and Korea to hold a Korea-China-Japan summit meeting soon. It is understandable that he refrained from mentioning it, as the Korean government was about to make an official announcement on the Korea-Japan comfort women agreement. But I was disappointed that he did not further discuss Korea-Japan relations, especially when this year marks the 20th anniversary of the joint declaration of partnership by Kim Dae-jung and Keizo Obuchi.

On Jan. 5, Abe attended a New Year’s celebration at a media company. During his speech, he mentioned the 40th anniversary of the Japan-China peace and friendship agreement. “I hope 2018 will be a year that citizens of the two countries can see drastic improvement in Japan-China relations.”Foreign Minister Taro Kono will visit China this month. The key agenda is to coordinate the Japan-China summit meeting. While there are disturbances such as a Chinese submarine entering waters near the disputed Senkaku/Diaoyudao Islands, the general trend in China-Japan relations is one of improvement.

The two cases at the beginning of the year show how the Japanese government feels about Korea at the moment. Tokyo is reluctant towards Korea but actively soliciting China’s partnership. But how the Korean government feels about Japan is not so different. A Blue House staff member reportedly said recently, “When was the relationship with Japan ever good? The Korea-Japan relationship can be left as is.”

In the first year of the administration, President Kim Dae-jung made a state visit to Japan and announced the Korea-Japan partnership joint declaration with Japanese Prime Minister Keizo Obuchi. He was a visionary who had the wisdom to prioritize friendly relationship with Japan in order to resolve the inter-Korean issue, because if Korea-Japan relations worsen, it could be harder to resolve inter-Korean issues.

The proposition is still valid in 2018. Japan is watching the inter-Korean talks initiated by Korea. At a certain point, Korea will need to convince Japan. Japan adheres to the position that North Korea’s policies should be changed through maximum pressure. It may be hard to win the support of the United States without Japan’s backing. We also cannot rule out the possibility that Japan may seek relations with North Korea.

A former diplomat said that the government should give Japan one-fourth or one-fifth the attention given to China. No relationship improves automatically when it is left alone. The outcome depends on investment and management.