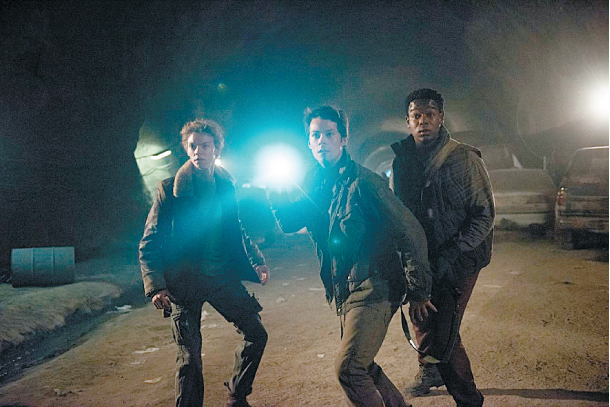 At the end of the second film in the “Maze Runner” series, Minho is caught by the mysterious and powerful organization WCKD after he is betrayed by a glader named Teresa, who turned out to be a traitor. To save him, Thomas and his group head toward the legendary Last City of WCKD. There, the friends have to face the deadliest labyrinth of all to rescue Minho, and while doing so they come face to face with more of the horrible experiments that WCKD have been conducting on innocent people for “the greater good.”

However, after Thomas meets Teresa in the city, he becomes confused if the destruction of the WCKD is the right answer, and his friends, seeing his dilemma, worry that he will also go over to the WCKD side. Finally, Thomas would have to make the decision that will forever change the destinies of his friends and the world.

Inspired by a true story, this film begins with the grim age when Europe is heading towards another World War.

The burden of his nation’s fate lies heavily on the shoulders of the soon-to-be Prime Minister of Great Britain, Winston Churchill. However, conflict begins to grow within Britain after Churchill refuses to negotiate for peace while the rest of his party strongly disagrees with him, thinking that it will be impossible to defeat the Nazis.

Churchill, in his darkest hour, must decide if he would stand firm and fight for his ideals and beliefs, or give in to Germany.

If he chooses to fight, he must guide the nation to war against incredible odds. 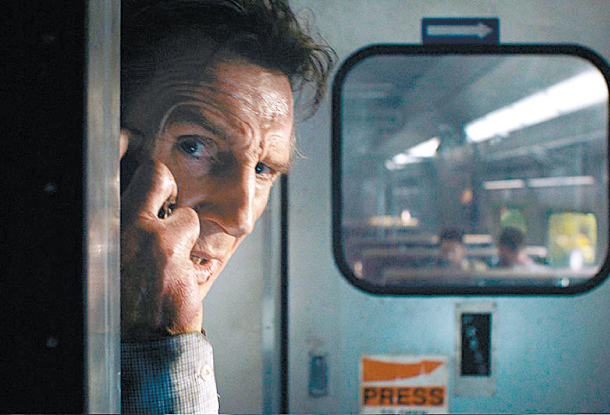 Michael MacCauley is a former NYPD detective who works as an insurance salesman, until he is laid off from his job. On the train ride home after finding out the news, a mysterious woman named Joanna appears and tells him about wads of money that are hidden in one of the train’s bathrooms.

She tells him that he can have the money if he helps her to find someone before the last stop. Knowing that Michael is a former cop, she knows that he will be able to find who she’s looking for: a person under the alias Prynne.

He finds the money but a woman comes up to him and hands him an envelope that holds his wife Karen’s wedding ring. When he tries to call his wife to figure out what is going on, she doesn’t answer.

Instead, Joanna calls him and tells him that there’s no going back and he must find Prynne or else his family will be in danger. Michael must find the mysterious person and figure out who Joanna is before he reaches the last stop, for both himself and his family.

Action star Liam Neeson, most famous for his role in the popular “Taken” series stars in the film.

A combat airplane crashes for the third time this year, and every incident has been blamed on the pilot.

After being promoted as the colonel in charge of the Ministry of National Defense’s aviation components, Colonel Park is notified by one of the pilots that something suspicious is happening regarding the suppliers of the Air Force’s plane components. After hearing this, the colonel searches through documents and learns that American company Airstar is the only supplier for the Air Force.

Not long after this, the pilot who notifies him dies in a plane crash and the colonel sees from the inside how leadership works to make the accident look as if it is the pilot’s fault.

He is determined to get to the bottom of the problem and discovers a secret contract made between the ministry and the Pentagon regarding Airstar.

The colonel decides to become a whistle blower and reveal the facts about military corruption to an investigative reporter, but they find that it will not be easy with the top brass doing everything they can to conceal the truth.

“Did they die because of me?” is the question that continues to haunt the survivors of the Jan. 20, 2009, Yongsan 4th district disaster in central Seoul. Four protesters and one policeman died in the fire, and 23 were injured.

The neighborhood’s residents, who had been forced to move out of their homes without proper compensation due to the planned redevelopment of the district, were protesting against it. The riot became serious enough that police had to interfere, and a fire started out of nowhere and killed five people.

The survivors of the mysterious fire became criminals, accused of killing fellow residents and one policeman. When they meet again after many years, they voice out brutal words, blaming each other for what had happened.

The documentary looks at the event from the stories told by those who survived and gives a look at the cruelty behind the incident, describing in detail how innocent residents became bitter victims. 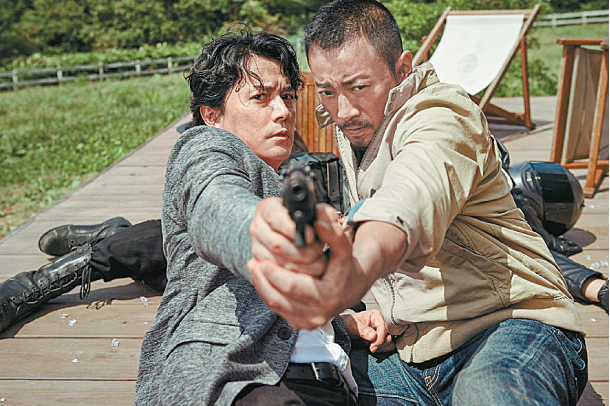 Prestigious lawyer Du Qiu suddenly becomes the only suspect in a murder case, and before he can figure out what actually happened, the circumstance turns into his worst nightmare and all the evidence seems to point toward him.

Yamura, a cop who worked on the case, and a killer named Rain with a mission to kill Du Qiu realize that this is no simple murder, and the truth is slowly brought to light. The three become muddled in a life-or-death situation that will change their lives forever.

An international team of actors have collaborated for the film, with Chinese actor Zhang Hanyu playing Du Qiu, Japanese actor Masaharu Fukuyama playing Yamura, and Korean actress Ha Ji-won playing Rain. The film is a remake of the 1976 Japanese action film “You Must Cross the River of Wrath.” 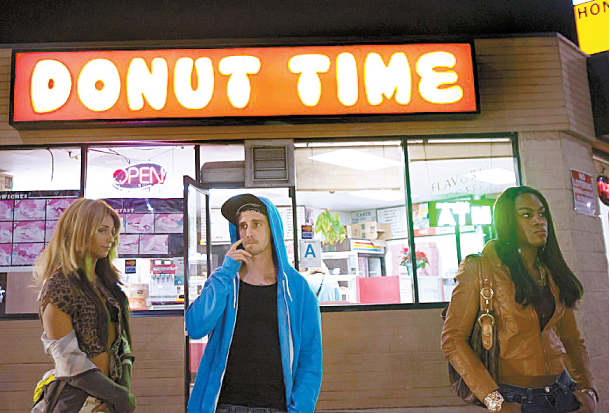 On Christmas Eve, a transgender sex worker named Sin-Dee Rella, or Sin-dee for short, is back on the block after spending 28 days in prison. She meets her friend, Alexandra, another trans sex worker, at a donut shop in Hollywood.

When Sin-dee mentions her boyfriend, Chester, Alexandra accidentally spills the beans about him cheating with a cisgender woman. Storming out in rage, Sin-dee suddenly becomes a detective to find out about this girl, and learns that her name is Dinah and that she is currently residing at a brothel in a motel.

Determined to give Dinah and Chester a piece of her mind, she goes all over town in search for them.

The film was shot with three iPhones, and the two fierce heroines, Sin-dee and Alexandra are both trans individuals cast by the director. The film shows a side of trans street culture that is rarely depicted in film.