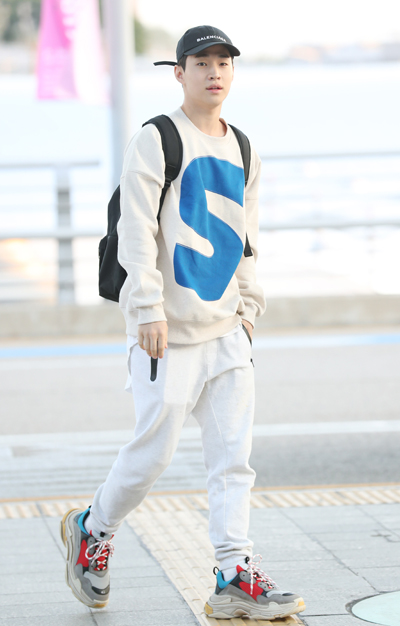 According to Label SJ on Tuesday, “‘Monster’ is an R&B track made up of electronic guitar and vocals. The lyrics are about the loneliness a man feels after breaking up.”

The singer debuted as a member of the Chinese-Korean unit of the group Super Junior in 2008. Some of his popular songs are “Girlfriend,” (2017) “Fantastic” (2014) and “Trap” (2013) which featured Kyuhyun of Super Junior and Taemin of SHINee.

In addition to being a singer, he has starred in various entertainment programs including SBS’ “Master Key” and JTBC’s “Where Is My Friend’s Home.” He became famous after appearing on the MBC variety show “Real Men” in 2014. He is currently featured on the MBC program “I Live Alone.”