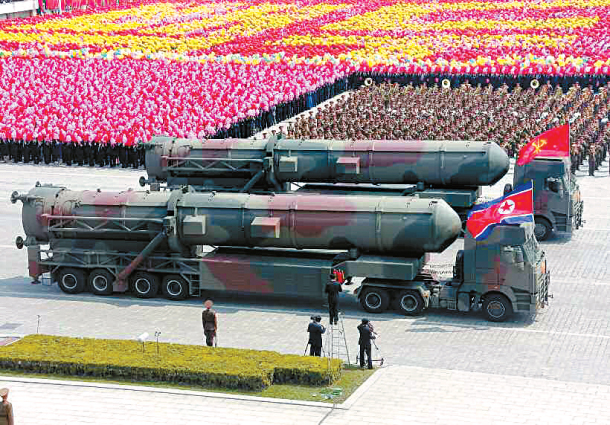 When North Korea tested ICBMs last summer, then-U.K. Secretary of State for Defense Michael Fallon said that London was closer to North Korea than Los Angeles. In a television interview, he emphasized that the United Kingdom was also within the range of North Korea’s missiles and North Korea’s nuclear program must be stopped.

He also revealed that two warships were sent to the Korean Peninsula for exercises with the United States. While U.S. President Donald Trump suggested the possibility of attacking North Korea and sought responsive measures, the United Kingdom and European nations agreed that the North Korean nuclear threat was a global problem.

Europeans found the Koreans’ reaction peculiar. The tension escalated after North Korea’s missile threat on Guam, but there was a report that Korean tourists to Guam actually increased. When the BBC visited Guam, it showed Korean tourists enjoying vacations on beaches there. A man interviewed at a concert near the DMZ said that he never thought a war would break out with North Korea. The Wall Street Journal reported that Korean investors consider the North Korea risk an opportunity to buy.

Korea was strangely calm over the North Korean nuclear threats, but controversies surfaced as the country is about to host the PyeongChang Winter Olympics. As North Korea is participating in the Olympics, some are arguing whether it is the Peace Olympics or the Pyongyang Olympics.

On the news about officials arranging North Korea’s participation, some post replies doubting why the Olympics is being held. The government was criticized for forming a joint team for women’s ice hockey without fully surveying public opinion as it could affect the chances of Korean players who trained for the Olympics for four years. Prime Minister Lee Nak-yon was under fire for describing women’s ice hockey as an unpopular sport.

However, there have been rumors that some countries like the United States, France and Germany questioned the safety and considered not sending athletes to the PyeongChang Olympics. Anyone who hopes to resolve North Korea’s nuclear threats without a war must not waste the Olympics by encouraging discord.

Upon finalizing North Korea’s participation in Lausanne, Switzerland, IOC President Thomas Bach mentioned that he was also “from a formerly divided country” and said, “The Olympic Games show us what the world could look like, if we were all guided by the Olympic spirit of respect and understanding. The Olympic Winter Games PyeongChang 2018 are hopefully opening the door to a brighter future on the Korean Peninsula and inviting the world to join in a celebration of hope.” He went on to say that the players would show the way for humanity to peacefully coexist despite differences.

North Korea’s nuclear program is the biggest threat for Korea. Rather than waiting for what the United States and North Korea have to say, Korea needs to rekindle the dialogue at the PyeongChang Olympics. We can host an extravagant festival with generosity even with some unwelcome guests.