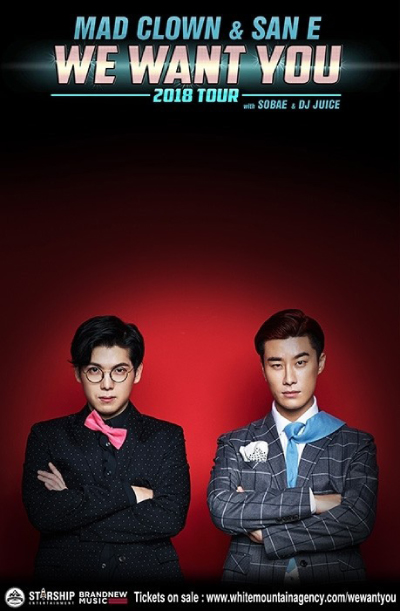 Mad Clown and San E, big names in Korean hip-hop, will be touring 15 cities in the U.S. including New York and Washington this April.

According to the organizers, White Mountain Agency, “The rappers will be performing across the United States for about a month, starting on April 6 in New York, followed by April 7 in Washington and other cities such as Los Angeles, Chicago, Atlanta, Dallas.”

DJ Juice and singer-songwriter Sobae will also be part of the touring crew.