Korea and Japan should renew their partnership: Aide

Korea and Japan should renew their partnership: Aide 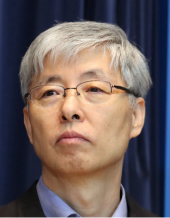 A top aide to President Moon Jae-in said it is desirable for Korea and Japan to announce a new joint declaration to renew their partnership, according to the Friday edition of the Nihon Keizai Shimbun.

In an interview with the Japanese economic daily at the Blue House, Kim Hyun-chul, economic adviser to Moon, addressed a wide range of issues concerning the two countries, including his hope to renew a 20-year-old joint declaration on Korea-Japan partnership.

“If possible, it is desirable for President Moon to visit Fukuoka or Yamaguchi in October and announce a new declaration with Japanese Prime Minister Shinzo Abe,” Kim was quoted as saying. Yamaguchi is Abe’s hometown.

Wrapping up President Kim Dae-jung’s visit to Japan in October 1998, Kim and Prime Minister Keizo Obuchi announced the 11-point joint declaration, titled “A new Japan-Korea partnership towards the 21st century.” The two leaders declared their common determination to “squarely face the past and develop relations based on mutual understanding and trust.”

According to the Nihon Keizai Shimbun, Kim Hyun-chul said Korea-Japan relations, currently at their lowest ebb in years, must be restored.

A diplomatic row erupted after Moon challenged the 2015 bilateral agreement with Japan to settle the issue of its wartime sexual enslavement of Korean women, calling it “flawed and insufficient.”

“Moon has said he won’t abandon the agreement,” Kim said. “Moon will not make additional demands. Moon has told Abe that each country domestically manages the history issues on its own.”

Kim told the newspaper that Moon’s meetings with sex slavery victims were to “heal their hearts” and manage public sentiment in Korea.

Regarding the Japanese government’s demand that a symbolic statute of a sex slavery victim in front of the Japanese Embassy be removed, Kim said, “The two countries must admit that each country has their own processes and they must patiently wait and see.”

According to the report, Kim said it is the Moon administration’s policy toward Japan to separately address historic issues and other cooperative relations. He reportedly emphasized that the two countries need “cool” and “mature” relations.

He said Abe’s decision to attend the opening ceremony of the PyeongChang Olympic Games will be a good example of such relations.

The interview came ahead of Abe’s visit to Korea for the international sports event, scheduled to start next week. Last month, Abe made clear that his trip to Korea will include a confrontation with Moon.

“During the summit, I want to firmly convey Japan’s stance on the agreement over the ‘comfort women’ issue,” he said, using a euphemism for the thousands of girls and women who were forced to work in Japan’s military brothels before and during the war.

Kim also said Korea and Japan need to restore the summit diplomacy if Seoul, Tokyo and Beijing fail to resume their routine trilateral meeting in a few months. “Moon needs to make a bilateral visit to Japan alone,” he said, “to restore shuttle diplomacy.”

Kim, a professor at Seoul National University’s Graduate School of International Studies, is a Japan expert who joined the Moon Blue House as a presidential adviser on economic policy. He completed his doctoral degree at Keio University and has lectured at University of Tsukuba and Nagoya University of Commerce and Business.

Kim also said it is premature to talk about resuming economic cooperation projects with North Korea. He added that Moon is the first South Korean president to approach inter-Korean relations not based on ideology, but on economic relations. “We need to prosper together by accomplishing permanent peace,” Kim said. “That is Moon’s North Korea policy.”

Critics said Kim touched on sensitive diplomatic issues, even though he is an economic adviser, and that the interview may create trouble for the Foreign Ministry and security officials at the Blue House.

But this is not the first time Kim has publicly addressed a sensitive diplomatic issue. After Moon’s summit with U.S. President Donald Trump in November, Kim said there is no need for Korea to endorse the Trump administration’s new foreign policy of a “free and open Indo-Pacific.”

The Blue House said Friday that Kim gave the media his private, non-expert opinion regarding the comfort women issue and that his remarks are a reiteration of the foreign minister’s earlier stance. Also according to the Blue House, Kim did not tell the newspaper that the issue should be managed domestically, and he will ask for a correction.