Catering to the Olympic palate

Catering to the Olympic palate 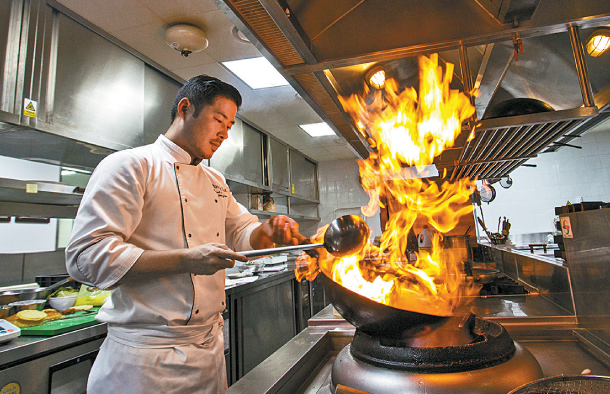 Jang Ik-jun, a chef at Shinsegae Food’s research lab, cooks some of the dishes that will be provided to athletes at the PyeongChang Winter Olympics at the institute’s headquarters in Seoul. [SHINSEGAE FOOD]

When the Winter Games begin this week, another trial will be taking place off the ice. 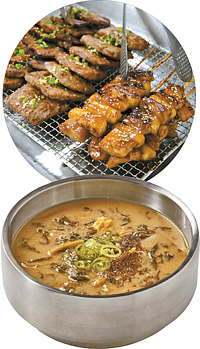 This test will unfold in the cafeterias of the Olympic villages, where Korean food will be served to thousands of athletes from 92 countries.

According to selected catering service providers for the PyeongChang Games, it hasn’t been easy coming up with dishes that will please the palate of such a diverse crowd while providing nutritional value.

At the same time, the Games offer an unprecedented opportunity for these Korean companies to make good use of homegrown ingredients and cook traditional dishes with global appeal.

Shinsegae Food, an affiliate of Korean retail giant Shinsegae Group, is in charge of serving about 10,000 athletes and staff members at the PyeongChang Olympic Village, Alpensia Sports Complex and PyeongChang Alpensia International Broadcasting Center. It has developed 400 different dishes for them.

Left: Shinsegae Food is running a halal station at the PyeongChang Olympic Village. Right: Some of the dishes that will be served to athletes by Shinsegae Food. [SHINSEGAE FOOD]

“What we serve plays a critical role in how much capacity a player can show at the Games,” a Shinsegae Food representative said. “We have come up with a menu that will help players maintain the best conditions and offer Korea’s most traditional flavors with a global feel.”

Hyundai Green Food, an affiliate of Hyundai Department Store Group, will take care of the PyeongChang Olympic Village and media village in nearby Gangneung, offering its food to some 3,700 people. It is offering 306 menu items.

For the chefs who developed the menus, sourcing high-quality local ingredients was one of the top priorities. They believe some local products like hanwoo (Korean beef) and handon (Korean pork) are superior in flavor to imports, and quick delivery ensures the produce stays fresh.

The Ministry of Agriculture, Food and Rural Affairs is cooperating with the caterers and working with farms to source main ingredients like garlic and red pepper.

Dorumuk (sailfin sandfish) is another ambitious item being offered by Shinsegae.

“Dorumuk is a regional product famous in Gangwon,” the company said in a statement, “but because there are few retail channels offering it, the dish has been largely neglected in the local area. We have decided to use the fish to resolve the supply problem and provide a nutritious item for athletes.”

The dish will include the steamed fish ground finely and boiled with a special bean paste sauce and dried radish greens. 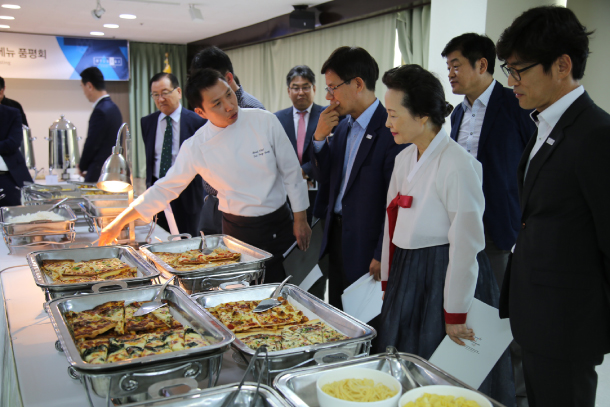 The caterer has been careful about making sure the flavors don’t upset athletes’ stomachs. “It is more important to control the salinity than calories,” a company representative said. “Players need active blood circulation and recovery after being involved in aggressive sports events, but high salinity hinders blood circulation.”

In response, Hyundai Green Food said it lowered the average salt level of dishes from 1 percent to 0.4 percent. In its rice salad, for instance, the caterer substituted salt with olive oil.

While promoting Korean cuisine may be one of their priorities, caterers are also aware of athletes’ diverse palates. About 57 percent of the cafeteria menu at the PyeongChang Olympic Village is Western, 21 percent is grilled food, 10 percent is Korean and other Asian options make up 6 percent. The rest is vegetarian or halal, according to the caterers.

Coming up with a vegetarian menu was especially challenging, considering Korean cuisine’s heavy use of meat, and halal was even more difficult because Muslims make up a small minority in the country.

But it was still important issue for caterers because about 5 percent of all athletes at the Games are Muslim, according to their data.

The PyeongChang Olympic Village received a halal certification from the Korea Muslim Foundation last month. It set up a separate cooking and washing area for halal food and a separate booth for pickup.

At the PyeongChang Olympic Village, there will be about 20 halal items from salads and soups to grilled chicken and lamb. In Gangneung, a halal zone will offer pita bread, lentil soup and grilled bass.

To offer fresh and diverse types of bread catering to Western tastes, Shinsegae has installed bread machines in the PyeongChang Olympic Village instead of sourcing mass-produced bread from a nearby factory.

“We have heard that Olympians who consume bread as their staple food have been very unsatisfied with bread at other Olympic events held in countries where bread is not widely consumed,” a Shinsegae spokeswoman said. “We put 20 types of bread on offer including white, whole wheat, hard rolls, soft rolls and bagels.”

There will even be gluten-free bread, according to Shinsegae. 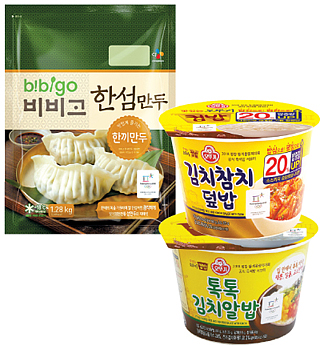 Bibigo Mandu, left, and Ottogi’s Cup Bap will be offered at the Games. [CJ CHEILJEDANG, OTTOGI]

CJ CheilJedang is offering generous portions of its best-selling Bibigo Mandu frozen dumplings to caterers and selling them at various snack bars around Olympic venues. All dumplings inside the athletes’ villages will be sourced by CJ CheilJedang. The company is also providing sausages, fish cakes and cooking oil to caterers.

For those who could not get a room at the villages, the processed food maker will set up its own booth at the Oakvalley Resort in nearby Wonju offering seven dishes utilizing Bibigo Mandu.

The government of Gangwon Province will hold an exhibition on Korean cuisine called K-Food Plaza during the duration of the Games at Olympic Festival Park in Hoenggye-ri, a village in Pyeongchang County.