Watsons in Korea has a new name: Lalavla

Watsons in Korea has a new name: Lalavla 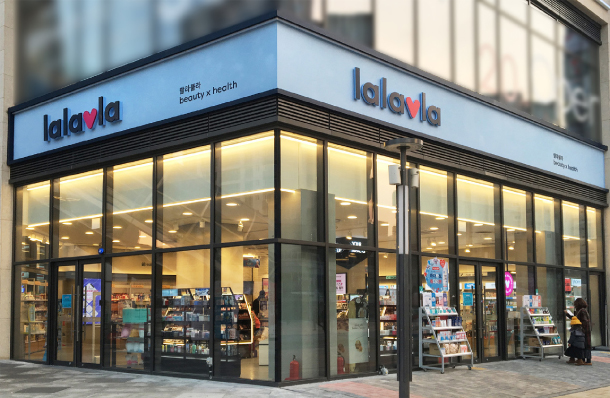 GS Retail is rebranding Watsons in Korea as Lalavla, the health and beauty retailer said Tuesday, in an effort to appeal to its main demographic - Koreans in their 20s and 30s - with a hipper name and younger vibe.

The tongue twister of a name - pronounced “la la blah” - will grace the signboards of existing Watsons stores starting today. The company’s goal is to complete the makeover by late March.

Apart from the rebranding, GS Retail will also revamp the interior design and product selection.

The retailer plans to differentiate Lalavla from other competitors in the health and beauty segment by emphasizing eco-friendliness - color cosmetics made with natural ingredients, recyclable goods and an in-house line of organic products.

The modification is GS Retail’s attempt to reboot its 13-year health and beauty operation with a fun name and lively brand image that will appeal to the sector’s main demographic.

“After we acquired Watsons Korea last year, we had a choice to decide whether to stick to the original name or change it,” a company spokesman said. “There were internal discussions, and we ultimately decided to try starting anew.”

The move signals GS Retail’s determination to strengthen its stance in the highly competitive health and beauty market.

Last year, it ramped up expansion and set an internal record of opening 60 stores in the year’s second half.

Watsons is currently ranked second in terms of number of stores, with 188, significantly behind market leader Olive Young with 950.