Can Korea ever truly find peace?

Can Korea ever truly find peace? 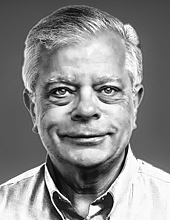 With the PyongChang Winter Olympics upon us, the Korean peninsula has once again lapsed into a moment of seeming peace.

An erratic U.S. president may have created some short-term quiet time. But dealing with the DPRK has always been a zigzag affair at best — with its diplomatic moves often surprisingly difficult to chart. Meanwhile, the United States still does not have an ambassador in Seoul. Most recently, the presumed ambassadorial nominee, a conservative Korean-American North Korea expert, expressed pessimism about the U.S. delivering a “bloody nose” to North Korea. For his candor, his nomination was cancelled.

During World War II, the German bombing of Britain only stiffened the British resolve. At the same time, the Germans, while traumatized by U.S. and British bombing, found greater mental resources to fight off the Allies. Later, the North Vietnamese refused to be intimidated by American bombing. So while bombing does great damage, it achieves much less than assumed in weakening an advisory’s will.

Yet now, we seem to have a U.S. president who assumes that he may have to demonstrate the military might behind his rhetoric, almost certainly through ‘limited bombing.’ Fortunately so far, his military professionals have urged restraint.

If Washington affairs are unpredictable, the same can be said about the entirety of the Korean Peninsula. As such, there are various ideas and theories of what is the fundamental thinking and strategy of North Korea. The most likely scenario being played out is the so-called wedge theory. Many scholars disagree, but I subscribe to it as the most likely explanation for both obvious and insidious reasons.

North Korea is unintentionally serving China’s geopolitical interests. First and most obviously, it serves as a physical barrier between China’s capital and U.S. forces based in South Korea. More controversially, North Korea’s nuclear program is not being designed to start a nuclear exchange unless absolutely necessary. Rather, its weapons are like other nations’ nukes. The weapons are meant as deterrents. But unlike other nations’ arsenals, the DPRK’s nukes are serving the hegemonic interests of its neighbor, China.

The world is now reorganizing itself into a tri-polar superpower future. The Russians wish to have Central Asian and Eastern European total hegemony, from the Arctic to at least the Black Sea, if not also some of the Middle East. The U.S. has the Western Hemisphere and Western Europe while trying to maintain its 20th century-level of influence in the entire Pacific, including East Asia. India is expected to later further assert itself in broader South Asia and to contest the tri-polar powers’ influence in Africa.

Amongst these three or four major powers, there are gray zones that are being actively contested. One of the most hotly contested gray zones is East Asia. China is quietly, patiently and yet determinedly working at ways to wedge America’s political, economic and, most importantly, military presence away from what the Chinese consider to be their part of the globe. This is where the North Koreans are unintentionally playing a role.

Many North Korea watchers believe the real aim of the DPRK nukes is to threaten the U.S. and intimidate Washington out of its ironclad guarantee to come to the aid of Seoul under all circumstances. Which is to say, be able to challenge the current or future American president into deciding whether to stand by Seoul or risk having one of America’s cities be nuked. Of course, such a scenario would lead to the total destruction of North Korea by a vengeful America. But beyond simply living with a nuclear DPRK, all military scenarios are high risk, including ending with the ultimate destruction of North Korea.

However, it is within the North Korean DNA to behave by asymmetrical calculus as a means to play a weak hand among much stronger adversaries. In any case, it is North Korea’s ultimate goal to reunify the peninsula under its rule. It is the twin messaging to its populace that Pyongyang can justify its harsh rule by saying the country is at war with the U.S. and its allies, and that the ongoing struggles are necessary for the reunification of the country.

Consequently, the wedge theory is the most plausible. If the U.S. backs away from its 100 percent support of South Korea, North Korea can further its political agenda to ultimately achieve a peace treaty leading to confederation without need for U.S. forces. The credibility of the U.S. will be irreparably damaged. Japan is likely to doubt the trustworthiness of the U.S. nuclear umbrella. Other East Asian countries will doubt about their mutual defense treaties with Washington. While the DPRK may focus on just the Korean Peninsula, China has broader, longer-term aspirations.

A few Western academics, usually professional sinologists with long-term career aspirations, routinely mouth the Chinese foreign policy line that there is no wedge strategy and the world should heed China’s call for negotiations only, allowing for half-hearted sanctions as examples of “getting tough” on the DPRK’s intransigence. That sounds seductive, but China continues to back North Korea, ignore sanctions mid-ocean and elsewhere, and thereby tacitly encourage the wedge strategy to be implemented.

All of which brings us back to today. We have another pause in hostilities. But hostile undercurrents still flow below the surface as all concerned nations pursue long-term, competing geopolitical goals.

*The author is the owner of Onsite Studios, publisher of Korean Economic Reader, and author of two books on doing business in Korea.