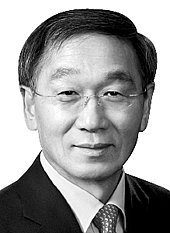 Last month, U.S. President Donald Trump announced his decision to slap steep tariffs on imported washing machines and parts as well as solar energy products. This marks his administration’s first significant steps to erect the type of trade barriers Trump has long claimed are necessary to protect American companies and workers. While the imposition of these harsh trade measures may prove popular in traditional manufacturing communities in politically important U.S. states like Michigan, Wisconsin and Pennsylvania, they are likely to have dire long-term effects on the United States’ trade relations, domestic consumers, and ultimately the competitiveness of American companies. These aggressive measures also portend an increasingly protectionist shift in U.S. policy with potentially troubling implications for global trade.

President Trump’s decisions to levy duties ranging from 16 to 50 percent on washing machines and 15 to 30 percent on solar panels mark the first time in over a decade that the United States has implemented safeguard tariffs under Section 201 of the U.S. Trade Act of 1974. The rarity with which the United States has elected to impose safeguard tariffs in the modern era reflects the extremity of these measures as well as the severity of global reactions to them. The United States last implemented safeguard duties in 2002 when the George W. Bush administration announced tariffs ranging up to 30 percent on foreign steel, ostensibly to redress harm suffered by the U.S. steel industry and its workers. However, after the World Trade Organization (WTO) ruled that the tariffs were illegal, the United States was forced to lift the measures in December 2003 to avoid retaliation from Japan and the European Union, which had threatened to implement sanctions on billions of dollars worth of U.S. goods.

Similarly, following the Trump administration’s decisions on washers and solar panels, the Korean, Taiwanese, and Chinese governments immediately announced their intent to challenge the duties under the WTO’s Safeguard Agreement. Korea and Taiwan have already taken the first steps to pursue actions against the tariffs in the WTO, filing “requests for consultation” with the United States. Even if these challenges are ultimately successful, however, the formal WTO process could drag on for several years, during which time the duties — set to take effect for three years — would remain in force.

Also troubling are recent comments from U.S. Secretary of Commerce Wilbur Ross suggesting that the United States might not concede in the face of a negative decision by the WTO. If the United States refused to lift the duties ordered by the WTO, Korea and other countries could retaliate with their own tariffs on U.S. goods, potentially triggering a costly trade war.

Beyond the transnational tensions the tariff decisions have created, the duties are likely to have unintended negative consequences for both American consumers and overall competition in the U.S. market. At least some of the costs the tariffs will impose on foreign manufacturers are likely to be passed onto U.S. consumers in the form of higher prices. The washers and solar panel cases also set an alarming precedent for how American companies compete in the global marketplace. Following the success of Whirlpool in the washers case and of Suniva and SolarWorld in the solar panels case, other U.S. companies who find themselves unable to compete with foreign rivals based on market factors may opt to seek artificial protection from the U.S. Trade Representative. The result could be a deluge of safeguards cases that will ultimately increase consumer prices, limit consumer choice and reduce competitiveness across a vast array of industries.

More broadly, the decisions in the washers and solar panels cases mark the latest and perhaps most extreme of the Trump administration’s efforts to bring U.S. trade policy in line with the president’s protectionist rhetoric. Declaring that the United States has been at a disadvantage in trade for decades, Trump has already pulled out of the Trans-Pacific Partnership (TPP) and called for renegotiation of the U.S.-Korea Free Trade Agreement (KORUS FTA) and North American Free Trade Agreement (NAFTA). The imposition of severe tariffs on washers and solar panels may foreshadow the Trump administration’s increasing willingness to take aggressive, anti-competitive actions on trade, especially leading up to the 2018 mid-term elections as well as the presidential race in 2020 — elections where Trump’s ability to rally the anti-trade wing of his voter base may be critical.

Korea’s response to these troubling developments should combine traditional, even confrontational measures with less conventional, more conciliatory strategies. For example, Korea should expeditiously continue to pursue its legal challenges to the new tariffs as violations of WTO obligations by the United States as it would under any U.S. presidency. At the same time, however, Korea must acknowledge the uniqueness of the current U.S. political environment and adapt its methods accordingly.

First, recognizing that Trump is guided by his personal feelings and instincts, Korea should take proactive steps to develop stronger personal ties and connections with the president, his Cabinet members, and members of his family.

Second, to build support among American policymakers and citizens, Korea should adopt a lobbying campaign to challenge the anti-trade and anti-Korea narratives that appear to be gathering momentum in the United States. If Korea does not promote its image as a loyal, dependable partner of the United States, it risks being defined irrevocably by the most protectionist elements of American society.

Finally, Korea should continue to cultivate allies among U.S. companies that share its interests in strong U.S.-Korean relations. Such a mixture of conventional and creative strategies may provide Korea’s best chance of tempering, if not reversing, the destructive course the

*The author is a senior partner at the law firm of Arnold & Porter in Washington, D.C.