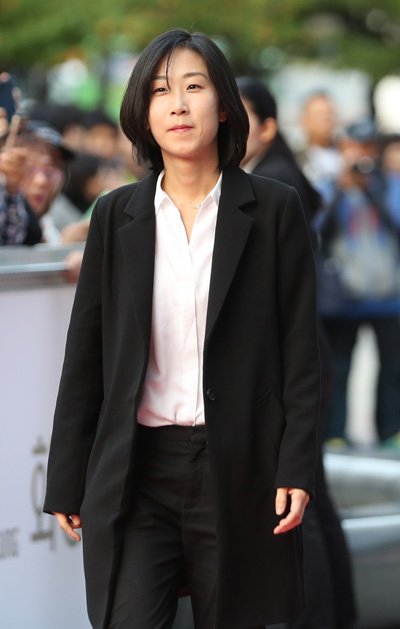 Lee Hyun-ju, the embattled director convicted of sexually assaulting a female colleague, announced her retirement in a statement Thursday.

The 37-year-old director was found guilty of sexually assaulting a colleague in the spring of 2015. A court handed her a two-year suspended sentence in December 2017. She is currently on probation.

Lee, though, continues to claim innocence. “Although I accept the ruling, I feel I have been falsely accused,” she said in a statement Tuesday.

The director sent the film world abuzz when she debuted her bold lesbian romance “Our Love Story” at the 2016 Jeonju International Film Festival, where it won the top prize.

Since then, her career has been racked by allegations of sexual misconduct.

“I agree that my behavior has hurt the victim and victim’s boyfriend, regardless of the reasons,” she said in her retirement statement. “Thanks for those who supported and liked ‘Our Love Story.’ I am sorry to disappoint many people.”

“To me, movies were all I had in my life, and I lived for it until now. However, I will quit working in the film industry to take responsibility for the issue.”