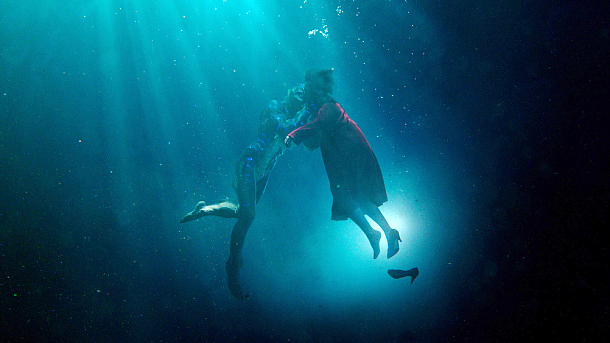 Over the next three weeks, CGV Arthouse will screen Oscar nominees, including “The Shape of Water.” [20TH CENTURY FOX KOREA]

Films that earned Oscar nominations for the upcoming 90th Academy Awards scheduled for next month will be available for local moviegoers to watch over the next six weeks.

They will include strong contenders like director Guillermo del Toro’s widely-acclaimed “The Shape of Water,” which received an impressive 13 nominations, and director Martin McDonagh’s “Three Billboards Outside Ebbing, Missouri,” which got seven nominations.

An unusual love story between a mute woman (Sally Hawkins) and a non-human underwater creature, “The Shape of Water” director already received this year’s Golden Globe for Best Director.

A tale about a bereaved mother of a murdered teenaged daughter who personally challenges local authorities to solve the murder when they fail to catch the culprit, “Three Billboards” also did well at the Golden Globes, snatching four awards, including Best Picture Drama.

Other films that will be screened are the coming-of-age drama “Call Me By Your Name,” the twisted romance tale “Phantom Thread,” actor-turned-director Greta Gerwig’s “Lady Bird” and “The Florida Project,” which sheds light on a single mother in poverty and her puckish young daughter.

Slated for March 4, the Academy Award will be held at the Dolby Theater in Hollywood. In Korea, it will air live on Channel CGV, starting at 10 a.m. on March 5.