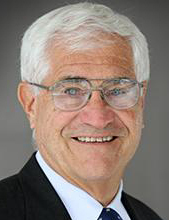 The United States needs a polished diplomat with Korean Peninsula experience to represent the Trump administration during a period of increased tension in Korea (and it seems like there are always increased tensions on the Korean Peninsula, the apparent Olympics diplomatic truce notwithstanding). The long-presumed candidate, Dr. Victor Cha, has apparently been disqualified. No alternative appears in sight.

Full disclosure: Victor Cha is a close personal friend who would have been an ideal choice, given his deep academic knowledge and foreign policy experience — he served as Asia Director on the National Security Council during the George W. Bush administration. He was even smart enough not to join many of his Republican colleagues in the “never Trump” or “I’m with her” movements. But if news reports are to be believed, he was nonetheless dropped from consideration, even after an extensive vetting process and a diplomatic O.K. from Seoul, for not meeting the above-stated “qualifications” for the job.

When I learned that the ambassadorial position was once again opened, I drafted a list of the handful of people I thought were suitable for the job. Then I matched them against the presumed job description and was hard pressed to find anyone who would meet the requirements as outlined in the mock job advertisement above.

None of them is wrong; the advertisement is. A good public servant, be it an ambassador, a cabinet secretary, or senior military commander, may sometimes be called upon to implement policies that he or she thinks are wrong or ill-advised. But they also understand there is only one president or commander-in-chief. In most instances, they will salute smartly and press ahead with implementing the policy decision, while trying to do it in a manner that minimizes the risks or downside for U.S. national interests.

If they think it is particularly onerous or dangerous, they have the option of falling on their sword and resigning. (If they believe the order is illegal, they have a moral responsibility not to obey, but that is a subject for another day).

They are not, and should not be required to think every policy choice is a good idea, however. In fact, they are morally bound to privately express their views, pro and/or con, on the subject before the president makes the decision. This is how wise decisions are made.
It is quite logical that this, or any other administration, is going to fill political positions with like-minded people. Part of the job of political appointees is to represent the president’s views and line of thinking to the bureaucrats under their direction.

But a senior official should not be required in advance to agree with everything the administration proposes or debates. This is especially true for someone serving as an ambassador. If a potential nominee is already on record condemning a particular policy or approach, it would be difficult to be seen as speaking for the president, which is exactly what an ambassador does. But an ambassador also needs to be able to provide the president and Secretary of State with candid views, based on his or her own wealth of experience.

The right question to ask is, “Are you prepared to implement the president’s (or Secretary of State’s) orders, assuming they are legal, even if you personally disagree with them?” If the answer is “yes,” then privately disagreeing with your boss prior to a decision being made is called “doing your job.” If the answer is “no,” then you should disqualify yourself.

To be fair to the administration, all this talk about preventive war and bloody nose attacks may simply be part of the ongoing plan to exert maximum pressure on Pyongyang. Likewise, talk of walking away from the United States-Korea FTA may just be a negotiating position aimed at gaining concessions through an updated agreement. But the war talk seems to be making South Koreans (and many Americans) more nervous than the folks in Pyongyang and a full court press on the United States-Korea FTA when strains are already appearing in the alliance seems counterproductive.

My bias is clear: if a candidate meets the qualifications that have thus far seemingly been put forth by the White House — i.e., a belief that preventive war is a good idea (as distinguished from a preemptive strike in the face of imminent danger); that a “bloody nose” attack is unlikely to draw a response and that North Korea cannot be otherwise deterred (despite deterrence having worked for decades); that the Korea-U.S. Free Trade Agreement is a bad one that should be scrapped (despite the potential harm it will do to our own economy and to that of a beleaguered ally, not to mention U.S. credibility as a trade partner); and that a non-combatant evacuation during peacetime would not cause mass panic and disruption and potentially undermine the ROK-U.S. alliance — he or she is probably not qualified to take the job in the first place.

*The author is president of the Worldwide Support for Development-Handa Haruhisa Chair in Peace Studies at the Pacific Forum, a Honolulu-based foreign policy research institute.