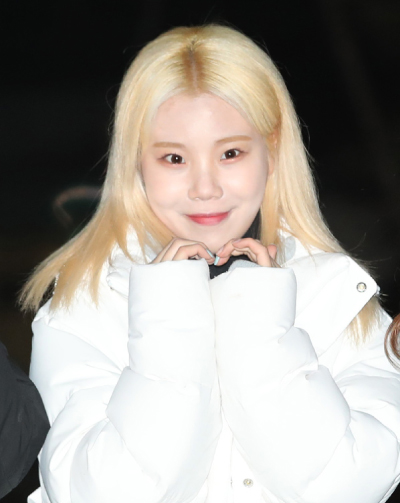 Jooe, a member of the K-pop girl group Momoland, will appear in the cosmetics promotion program “Get It Beauty” on the cable channel OnStyle with model Jang Yoon-ju and singer Kim Do-yeon, a source told OSEN, a local media outlet, on Friday.

In the past, the show has featured big celebrities such as actors Eugene and Yoo In-na and Miss Korea winner Lee Ha-nee.

In January, Jooe, 18, found herself embroiled in controversy when rumors spread that she bullied a classmate of hers in middle school.

The group Momoland debuted in 2016 with the EP “Welcome to Momoland.”