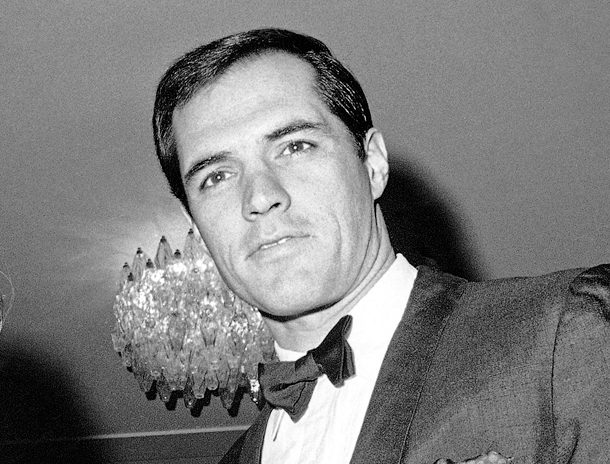 LOS ANGELES - John Gavin, the tall, strikingly handsome actor who appeared in “Spartacus,” “Psycho” and other hit films of the 1960s before forsaking acting to become President Ronald Reagan’s ambassador to Mexico, died Friday at age 86.

After appearances in a handful of 1950s B-movies, Gavin’s breakthrough came in 1958 when he landed the lead role of a World War II German soldier in “A Time to Love and a Time to Die.”

The film was based on an Erich Maria Remarque novel, and Universal Studios, having won an Academy Award in 1930 with its adaptation of Remarque’s “All Quiet on the Western Front,” was hoping lightning would strike again.

With a postwar audience hungering for escapism, however, it didn’t happen and neither the film nor its leading man fared well with critics. The New York Times called him “a good-looking, awkward young man” with a dull delivery.

Universal didn’t lose faith, however, starring him and Lana Turner in a remake of the soap opera “Imitation of Life” the following year. Then came the role of Janet Leigh’s divorced lover, Sam Loomis, in the 1960 Alfred Hitchcock classic “Psycho.”

Gavin went on to make a flurry of films over the next two years. His career began to wane by the end of the 1960s but he was already on the road to another profession, diplomacy.

Unlike some who win ambassadorships as political favors and are sent to countries they know little about, Gavin arrived in Mexico in 1981 well equipped for the job. His father had invested in the country’s mines, and ancestors of his Mexican-born mother were among California’s first Spanish settlers. Gavin had often visited Mexico in his youth and was fluent in Spanish and Portuguese.

The Mexicans were initially dubious about having a former movie star as their U.S. ambassador, but he soon won the country over. The 6-foot-4-inch leading man and his statuesque blonde wife, Constance Towers, an actress and singer in Broadway musicals and Hollywood films, made a stunning couple and were admired by Mexicans. He remained in the job until 1986.