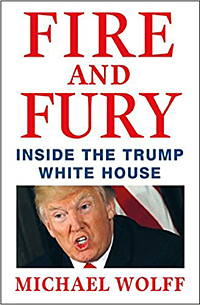 Fire and Fury: Inside the Trump White House

With extraordinary access to the West Wing, Michael Wolff reveals what happened behind-the-scenes in the first nine months of the most controversial presidency of our time in “Fire and Fury: Inside the Trump White House.”

Since Donald Trump was sworn in as the 45th President of the United States, the country - and the world - has witnessed a stormy, outrageous, and absolutely mesmerizing presidential term that reflects the volatility and fierceness of the man elected Commander-in-Chief.

This riveting and explosive account of Trump’s administration provides a wealth of new details about the chaos in the Oval Office, including:

- What President Trump’s staff really thinks of him

- What the secret to communicating with Trump is

Never before in history has a presidency so divided Americans. Brilliantly reported and astoundingly fresh, “Fire and Fury” shows us how Donald Trump has become the king of discord and disunion. 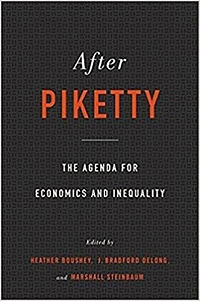 After Piketty: The Agenda for Economics and Inequality

Thomas Piketty’s “Capital in the Twenty-First Century” is the most widely discussed work of economics in recent history, selling millions of copies in dozens of languages. But are its analyses of inequality and economic growth on target? Where should researchers go from here in exploring the ideas Piketty pushed to the forefront of global conversation? A cast of economists and other social scientists tackle these questions in dialogue with Piketty, in what is sure to be a much-debated book in its own right.

Piketty opens with a discussion by Arthur Goldhammer, the book’s translator, of the reasons for Capital’s phenomenal success, followed by the published reviews of Nobel laureates Paul Krugman and Robert Solow. The rest of the book is devoted to newly commissioned essays that interrogate Piketty’s arguments. Suresh Naidu and other contributors ask whether Piketty said enough about power, slavery, and the complex nature of capital. Laura Tyson and Michael Spence consider the impact of technology on inequality. Heather Boushey, Branko Milanovic, and others consider topics ranging from gender to trends in the global South. Emmanuel Saez lays out an agenda for future research on inequality. Piketty replies to these questions in a substantial concluding chapter. 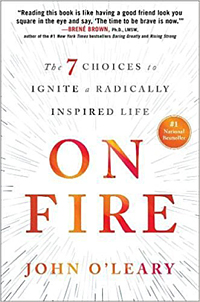 On Fire: The 7 Choices to Ignite a Radically Inspired Life

In the bestselling tradition of Brene Brown’s “Daring Greatly” and Nick Vujicic’s “Life Without Limits” comes a rousing 7-step plan for living a life on fire, filled with hope and possibility - from an inspirational speaker who survived a near-fatal fire at the age of nine and now runs a successful business inspiring people all around the world.

When John O’Leary was nine years old, he was almost killed in a devastating house fire. With burns on one hundred percent of his body, O’Leary mustered an almost unimaginable amount of inner strength just to survive the ordeal. The insights he gained through this experience and the heroes who stepped into his life to help him through the journey - his family, the medical staff, and total strangers - changed his life. Now he is committed to living life to the fullest and inspiring others to do the same.

An incredible and emotionally honest account of triumph over tragedy, “On Fire” contains O’Leary’s reflections on being that little boy, the life-giving choices made then, and the resulting lessons he learned.

O’Leary very clearly shares that without the right people providing guidance, at the right time, he never would have made it through those five months in the hospital, let alone the years that followed as he struggled to regain mobility, embrace his story, and ignite his life’s purpose.