‘Psychokinesis’ fails to become a hit : Moviegoers with high expectations left theaters disappointed in the story

‘Psychokinesis’ fails to become a hit : Moviegoers with high expectations left theaters disappointed in the story 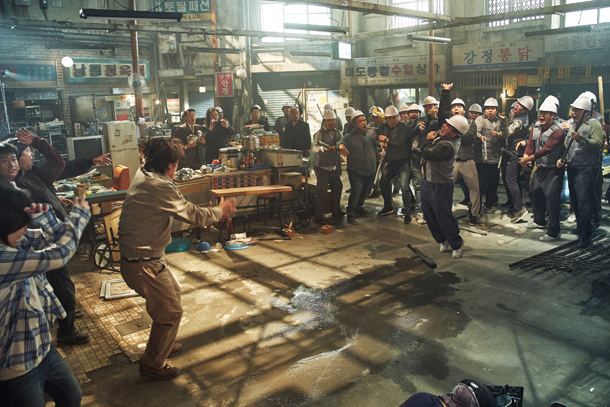 “Psychokinesis,” the highly anticipated follow-up from “Train to Busan” director Yeon Sang-ho, has turned out to be a huge flop at the box office. [NEXT ENTERTAINMENT WORLD]

It has been almost two weeks since “Psychokinesis” hit local theaters. But as of Sunday, ticket sales for the fantasy comedy - which cost 13 billion won ($11.7 million) to make - have not even exceeded one million. This comes as a huge surprise considering that this is the first film coming from animator-turned-director Yeon Sang-ho since his “Train to Busan,” which was 2016’s best-selling movie with a total of 11.56 million tickets sold.

Making things worse, the chances of “Psychokinesis” seeing a jump in ticket sales are quite low, with the inflow of new movies storming into theaters this month. They include Marvel’s “Black Panther,” the latest film in the “Detective K” adventure comedy series, the crime drama “Golden Slumber” starring Gang Dong-won and the period epic “Heung-boo: The Revolutionist,” which are all squeezing their way into theaters in time for the upcoming Lunar New Year holidays, when ticket sales typically soar.

Before the film’s release, “Psychokinesis,” which Yeon also wrote, generated a lot of buzz among movie lovers, who were expecting a well-made local superhero flick.

Backed by the anticipation, “Psychokinesis” had a fairly good start when it hit theaters on Jan. 31. On its first day, the movie sold 265,000 tickets, pushing competitors like drama “Keys to the Heart,” starring Lee Byung-hun and Park Jung-min, and Disney-Pixar’s uplifting coming-of-age story “Coco” out of its way. 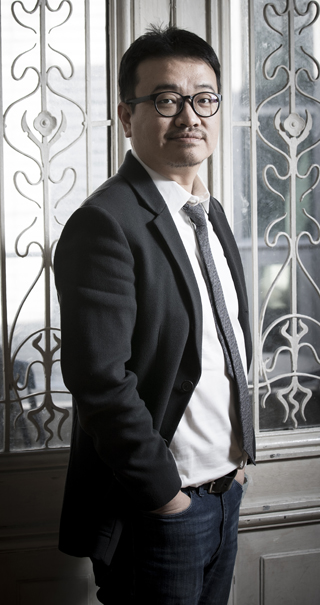 But audiences generally left theaters let down by the film.

A major reason behind the disappointment was the unexpected story. Through the trailer, audiences anticipated “Psychokinesis” to be a funny fantasy film about a father (Ryu Seung-ryong) who gains the power of psychokinesis, which he uses to save his daughter from an unknown danger. But the movie turned out to be much more serious, as it was inspired by a deadly conflict between protesters fighting against redevelopment and police in central Seoul’s Yongsan District in 2009. The incident left five protesters and one police officer dead.

“Psychokinesis” follows the incident, with the untold danger turning out to be the fight between the father’s daughter (Shim Eun-kyung) and demolition workers trying to push tenants out of their buildings.

The film’s depiction of the Yongsan tragedy was met with strong criticism from many moviegoers.

“If [the director] had wanted to honor the victims of the Yongsan tragedy, he should have made a documentary. I was so mad while watching the film. Some weird comedic scenes were added to the movie which weren’t even funny at all,” wrote a netizen on Korea’s largest portal site Naver.

Another wrote, “If I had the power of psychokinesis, I would like to move the people going outside [to see] the film back home.”

Another factor that is affecting the film’s performance is local audiences’ hesitance to watch recent real-life tragedies depicted on the big screen.

“I don’t think local audiences are ready to accept deaths incurred from tragedy,” said film critic Oh Dong-jin. “I believe many [of the] viewers who entered theaters hoping to watch a fantasy movie could not handle the weight of the Yongsan tragedy,” Oh added.

When the production of a movie inspired by the 2014 Sewol tragedy was announced in 2016, the general public responded with outrage. The tragedy killed more than 300 people, most of whom were high school students on a school trip to Jeju Island. Even before the movie’s release scheduled for later this year, its rating on Naver stands at 2.84 out of 10.

“The film is being made after having asked the opinions of the bereaved family, right?” one commenter wrote on the film’s Naver page, suggesting it would have been better to make the movie a few years later.

Another possible reason behind people’s backlash towards “Psychokinesis” is its development of the plot.

“The story is not straightforward. The title is ‘Psychokinesis,’ and therefore, it should center on that power. But the story gets disturbed by a number of obstructions: the sentimentality derived from the father-daughter relationship and comedic elements of the father using his powers,” said film critic Kim Hyung-seok.

Kim added that having a happy ending to the film, based off of a tragedy that many still are suffering from, has been upsetting to some audiences.

Despite the bad reviews, however, film critics have praised the director’s efforts to make a film about the tragedy.

“I liked the movie very much. I thought it dramatized the real-life story very well. And it delivers the director’s wish to transform tragedy into hope,” said Oh.

“Creating a perfect balance between tragedy, comedy and fantasy elements in a film is almost impossible. But the director tried to put everything in there, which I was impressed by,” said Kim.