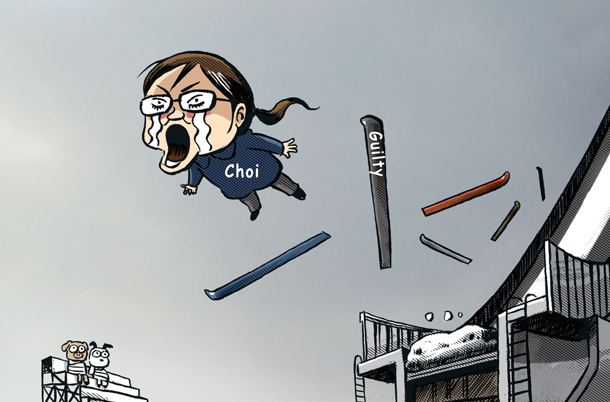 The Seoul Central District Court on Tuesday sentenced Choi Soon-sil, the confidante who played a key role in former President Park Geun-hye’s dramatic fall from grace last year, to 20 years in jail, levied an 18 billion won ($16.6 million) fine and slapped her with an additional 7.2 billion won in penalties on charges of bribery.