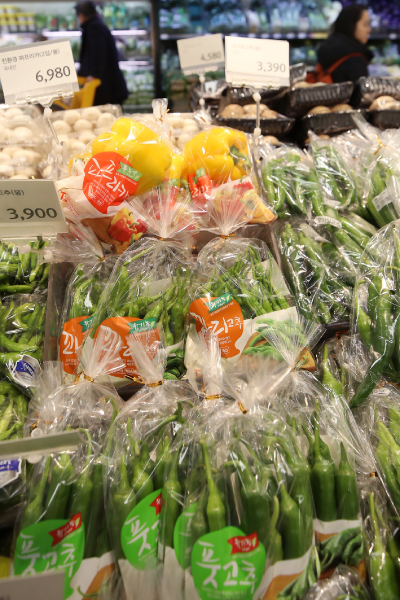 Chili peppers are offered at a large supermarket in Seoul on Wednesday. The Bank of Korea announced Wednesday that the Producer Price Index for January 2018 was 103.50, 0.4 percent higher than the previous month. The index in January was the highest in 38 months since November 2014, when it recorded 104.13. Price of bell peppers and chili peppers jumped 151.1 and 89.3 percent, respectively. [YONHAP]