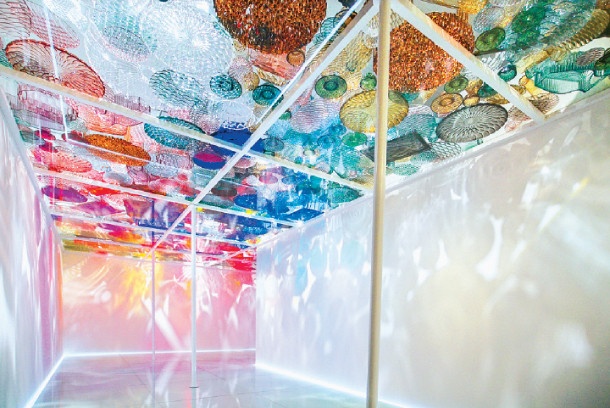 To March 4: This exhibition features over 2,700 pieces of furniture and other artistic commodities made of plastic.

The vast range of works celebrates the flexibility of plastic as not only a raw material for practical uses, but also its versatility in art. Over 70 percent of the works on display are products manufactured by Italian design company Kartell which is a sponsor of the exhibition.

To Saturday: Curated by the famous art critic Yoon Jin-sup, this exhibition sheds light on a group of artists whom Yoon refers to as “post-dansaekhwa artists.”

Dansaekhwa, or Korea monochrome paintings created mainly in the 1970s and 80s by artists born in the 1920s and 30s, became a sensation in the international art market in recent years. By also introducing Korean artists of monochrome paintings from later generations to local and foreign collectors and critics, this exhibition intends to highlight dansaekhwa’s role in art history and to drive greater international interest in “post-dansaekhwa” artists, according to Yoon.

Admission is free. The gallery is closed on Sunday. Go to Gyeongbokgung Station, line No. 3, exit 3 and walk for 10 minutes.

To Feb. 28: The exhibition features lacquerware inlaid with silver and nickelware by Lee Gyeong-no, a master of traditional metal craft. The gallery calls the show “Park Ryu Sook’s first ‘Interference’ exhibition” as the head of the gallery proposed that the 60-year-old craftsman apply his silver inlaying techniques to lacqerware.

Korea’s silver inlaying technique was developed early in Goryeo period (918-1392), but it was applied mainly to metalware - not lacquerware. Most of the exhibits in this show are lacquerware inlaid with silver including lunch boxes and brush cases.

Admission is free. Go to Cheongdam Station, line No. 7, exit 9 and walk 10 minutes. 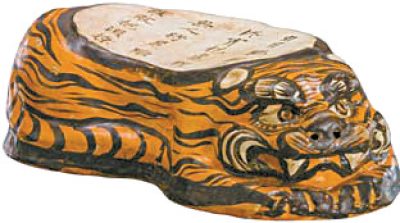 To March 18: In Korea, China and Japan, tigers are often considered sacred animals that help ward off evil spirits. The exhibition displays some 145 works of art and artifacts that feature depictions of the big cat over thousands of years. Tigers have come into the spotlight since one of the mascots for the 2018 PyeongChang Winter Olympic Games is a white tiger named Soohorang. 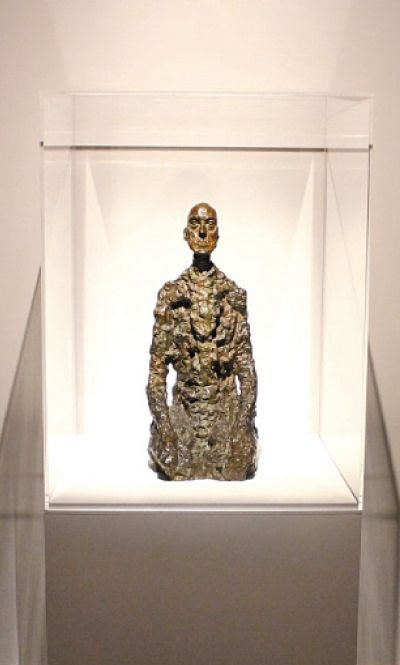 To April 15: The first large-scale retrospective of Alberto Giacometti’s (1901-1966) work in Korea features about 120 pieces from the Swiss artist, including plaster, bronze sculptures, paintings and drawings. The pieces are categorized in the exhibit by who they are modeled after instead of being arranged chronologically.

Among the highlights is the original plaster of the world-famous “Walking Man II,” which hardly ever comes out of the foundation. There are also two versions of the sculpture “Bust of a Man Seated (Lotar III)” facing each other: One is the plaster original and the other is made of bronze.

To April 15: Though we are quite familiar with the images of pop art, we don’t often get the chance to see actual works created by the artists.