Weinstein uses praise from celebs in his defense

Weinstein uses praise from celebs in his defense 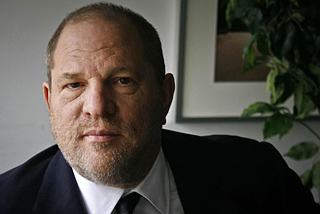 Film producer Harvey Weinstein has asked a judge to toss out a federal sexual misconduct lawsuit filed against him and he’s invoking the words of some A-list actresses in his defense. [AP/YONHAP]

LOS ANGELES - Harvey Weinstein wants a judge to dismiss a federal sexual misconduct lawsuit against him and invoked the words and actions of Oscar-winning actresses including Meryl Streep in his defense.

Lawyers for the disgraced film mogul said Tuesday in federal court in New York that the proposed class-action lawsuit filed by six women should be rejected because the alleged assaults took place too long ago and they failed to offer facts to support claims of racketeering.

The lawyers cited comments made by Streep, who had said Weinstein had always been respectful in their working relationship.

Streep issued a blistering response to the use of her comments later Wednesday, saying Weinstein’s use of her statement “as evidence that he was not abusive with many OTHER women is pathetic and exploitive.”

“The criminal actions he is accused of conducting on the bodies of these women are his responsibility,” Streep continued, “and if there is any justice left in the system he will pay for them.”

Weinstein was one of the most powerful men in the movie industry before allegations that began emerging in October dethroned him and unleashed a torrent of sexual misconduct accusations that spread far beyond the entertainment industry.

The lawsuit, which could potentially involve hundreds of other women, said Weinstein assaulted young women trying to break into Hollywood when they were alone with him and that his former film companies operated like an organized crime group to conceal widespread sexual harassment and assaults.

Saying that the proposed class of affected women was “fatally overbroad,” lawyers for Weinstein said that the suit would include all women Weinstein ever met, whether they even claimed to be harmed.

The filing written by attorneys Phyllis Kupferstein and Mary Flynn also questioned the veracity of claims that the women who sued were under duress because of threats Weinstein made if they complained.

It cited Gwyneth Paltrow as an example, saying she went on to work with Weinstein and win an Oscar for “Shakespeare in Love” in 1998 after he was accused of harassing her during the filming of “Emma” in 1994.

“Paltrow was not so offended that she refused to work with Weinstein again, nor did her career suffer as a result of her rebuffing his alleged advances,” the court papers said.

The filing also cites Jennifer Lawrence telling Oprah Winfrey that she had known Weinstein since she was 20 and said “he had only ever been nice to me,” according to the filing.

Representatives for Lawrence and Paltrow did not immediately reply to messages from the Associated Press seeking comment.

Attorney Elizabeth Fegan, who filed the lawsuit on behalf of six actresses, said her team looks forward to showing that “Weinstein and his enablers should be held responsible for decades of assaults and cover-ups.”

“If Weinstein thinks he will win by twisting women’s words against them, he fails to understand the law on sexual assault and the depravity of his own conduct,” Fegan wrote in response to an email.

At least 75 women have told the news media that Weinstein harassed, assaulted or behaved inappropriately toward them. Authorities in Los Angeles, Beverly Hills, New York and London are investigating.

The filing by Weinstein’s lawyers came the same day other defendants in the suit, including The Weinstein Co., sought to dismiss the legal action.

The company that Weinstein co-founded with his brother said it was unaware of Harvey Weinstein’s conduct and that he was solely responsible for his actions.