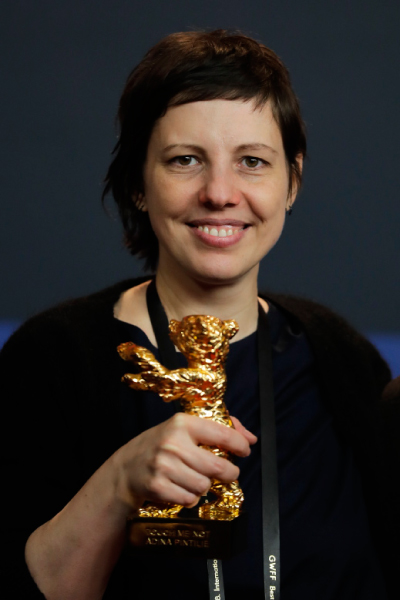 BERLIN - “Touch Me Not,” an experimental movie about intimacy from Romanian director Adina Pintilie, won the top Golden Bear prize at the Berlin International Film Festival on Saturday.

The movie, which follows the story of a woman who can’t bear to be touched and various other people searching for intimacy, was chosen from a field of 19 competitors at the first of the year’s major European movie festivals. The Berlin jury was led by German director Tom Tykwer.

“We were not expecting that,” Pintilie said. “We would like that the dialogue ‘Touch Me Not’ proposes opens to the world, so we invite you, the viewer, to dialogue.”

American Wes Anderson was named best director Saturday for his animated movie “Isle of Dogs,” a journey that begins with a city’s dogs being exiled to a vast garbage dump and features the voices of Bill Murray, Jeff Goldblum and Scarlett Johansson, among others.

Anderson couldn’t be in Berlin on Saturday so Murray collected the award.

“I never thought that I would go to work as a dog and come home with a bear,” he said.

The best actor award went to Anthony Bajon for his role in French director Cedric Khan’s “The Prayer” and the best actress prize to Ana Brun for her part in Marcelo Martinessi’s “The Heiresses,” from Paraguay. AP