Discovery is No. 1 as bench coat season ends

Discovery is No. 1 as bench coat season ends 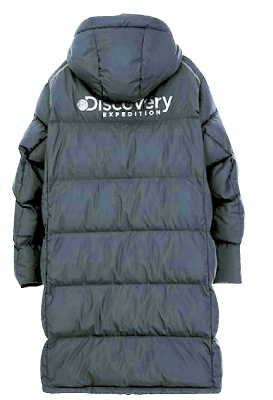 With one of the country’s harshest winters coming to a close, millions of Koreans are putting their bench coats back in the closet, saying a temporary goodbye to the garment that helped them fight the cold this winter. The JoongAng Ilbo, an affiliate of the Korea JoongAng Daily, did a survey of major outdoor apparel and sportswear brands to find out which bench coats were the most popular.

“This season we manufactured 210,000 [Leicester coats] and sold approximately 200,000 of them, or 95 percent,” a Discovery Expedition employee told the newspaper on Feb. 12. Directly following Discovery’s Leicester in domestic sales were North Face’s “Exploring,” Eider’s “Stelol,” Nepa’s “Cyphon,” Descente’s “Goose Bench Down,” New Balance’s “Active” and “Challenge” coats, which each sold around 100,000 pieces.

Bench coats, known in Korea as “long padding,” shot up in popularity this winter, changing the face of the domestic winter apparel scene. Despite their steep price tag, as each cost around 300,000 won ($280), the coats were a particular hit with middle and high school students who wore them as if they were part of their uniform. Though critics initially decried the coats as nothing more than an expensive trend, it wasn’t long before bench coats were a must-have item for this exceptionally cold winter. 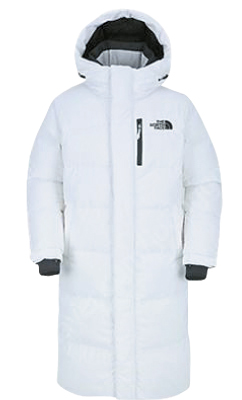 Bench coats are thick and stuffed with materials like down feathers from ducks and other birds. The term “long padding” became widely-used in Korea only after the “PyeongChang long padding” - a bench coat sold as official merchandise of the PyeongChang Winter Games - attracted great media attention after people lined up for hours outside department stores to purchase one of these limited-edition coats.

It is not an exaggeration to say that Discovery’s Leicester coats sold out, as 95 percent of the manufactured supply found their way to customers. In the fashion industry, products are considered to have sold-out even if only 80 percent of the supply sells.

This winter season, 35 percent of the 600,000 bench coats manufactured by Discovery Expedition were Leicester coats. The brand decided to increase supply of this model immediately after recognizing the explosive number of pre-orders customers were making in the summer when it was first released.

Discovery’s Leicester sold like hot cakes between late November and early December last year. “It was difficult to go into the store during weekends because of long customer queues,” recounted a store employee. The lines were for customers who were waiting to pick up the products after ordering online.

Outdoor apparel brands like North Face, Nepa and Eider, along with sportswear brands like Descente and New Balance, also had superstar bench coats that sold 100,000 pieces each. The “Exploring” coats from North Face, an official partner of the PyeongChang Olympic Games, even came to be called the “national representative coats” after the large numbers of Olympic athletes who wore them.

All the coats that sold over 100,000 pieces had one notable marketing strategy in common - top Korean celebrities modeled for their brands. Gong Yoo represented Discovery, So Ji-sub North Face, Park Bo-gum Eider and Jun Ji-hyun Nepa. It was not uncommon for customers to know the bench coats by the celebrities who represented them rather than their brand names.

Associating their products with a much-loved celebrity gave these stores a huge hand in boosting sales.

The successful brands also began selling their winter coats from the summer to take the lead in November and December, when sales of winter coats were at their highest. They stocked their inventory two seasons in advance and started advertisement campaigns for their winter collection in the heat of the summer.

With the frenzy over bench coats expected to continue next winter, outdoor apparel and sportswear brands reported that they are planning to increase their inventory in 2018.