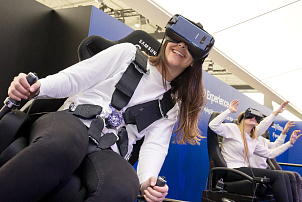 A well-polished and seemingly official video introducing key features of Samsung Electronics’ Galaxy S9 and S9 Plus was leaked ahead of the Mobile World Congress that kicks off today in Barcelona, Spain.

A number of economic and tech papers including Forbes and The Verge reported Sunday that Samsung accidentally gave the game away a day before the official launch.

The Korean tech giant reportedly pulled the uploaded video almost immediately, but not before SlashLeaks, a website that aggregates leaks on new phones, had copied the video and uploaded it again.

The video clip introduces the Galaxy S9 phones, which have an identical exterior to the preceding Galaxy S8. 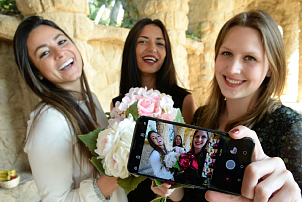 The video highlighted the multi-tasking and app-pairing features of the new phone, saying the device is fit for workers juggling many jobs at once.

It also introduced what’s called an “enterprise edition” of the Samsung Galaxy S9. According to the video, the enterprise edition S9 phones come with firmware that lets businesses’ IT engineers control all updates remotely. This means enterprise customers can constantly update linked phones with new software that enhances security and productivity.

Samsung said the enterprise edition includes maintenance support from Samsung, extended warranties and security updates for up to four years.

The phone also has enhanced biometrics through a feature dubbed “Intelligent Scan.” This gives two biometric options, facial and iris recognition and fingerprint recognition. Fingerprint sensors are located on the back of the phone below the camera.

Other features highlighted include a live translation feature built-in to Samsung’s camera app, and augmented reality. Interaction with the Samsung Dex accessory has been improved, and the phone can now be used as a touch pad.

Though most new features had already been leaked, Samsung Electronics held its official unpacking ceremony for the S9 series at 6 p.m. Sunday in Barcelona local time, 2 a.m. today Korea time.

Though the S9 is the biggest thing Samsung is launching at the event, the tech giant is also preparing to show off its smart home services.

Samsung has applied its artificial intelligence system Bixby to home appliances so consumers can control all internet-connected devices through a so-called SmartThings app. The Samsung booths at MWC will take the appearance of interiors similar to living rooms and kitchens to demonstrate the Bixby-powered features that control televisions and refrigerators.

Rival LG Electronics has also focused on expanding its smart homes services. For LG, its AI platform ThinQ is at the center. LG’s first premium phone to be released this year at MWC, the LG V30S ThinQ, includes a range of AI features such as image recognition, voice recognition and home appliance controls. In its 792-square-meter (947-square-yard) booth, LG will demonstrate voice-controlled washing machines, refrigerators and other home appliances.

Korea’s largest carrier SK Telecom has set “Perfect 5G” as its slogan and has set up its own 604-square-meter booth. At the center of the booth will be a self-driving car, which it successfully tested at a testing ground dubbed K-City earlier this month. Videos of self-driving cars as well as vehicle-to-everything communications on its 5G network will be demonstrated at the show.

By teaming up with Samsung Electronics, the company also plans to show off 360-degree video calls on its 5G network.

A relatively new product that the company will show off will be its HoloBox, which features a digital avatar projected in a smart speaker. The assistant can communicate with consumers based on SK Telecom’s AI platform Nugu. Thanks to the carrier’s partnership with SM Entertainment, the first avatar was created based on a member of Korean girl group Red Velvet.

KT is not setting up its own booth but is participating in the Innovation City booth set up by the Global System for Mobile Communications Association, the host of MWC that represents mobile carriers all over the world. The booth will be separated into a 5G Zone and Service Zone. At the 5G Zone, KT will show how much faster its 5G network is than the current 4G network by exhibiting an actual 5G-enabled device as well as KT’s 5G base station equipment co-developed with Samsung, Nokia and Ericsson.

In the Service Zone, KT has prepared multiple services such as GiGA drive, an in-vehicle infotainment system to be used for self-driving cars on a 5G network.

MWC will run until March 1. About 2,300 companies from 208 countries will fill up the venue in Barcelona. Industry insiders speculate more than 100,000 visitors will be participating in the event this year.