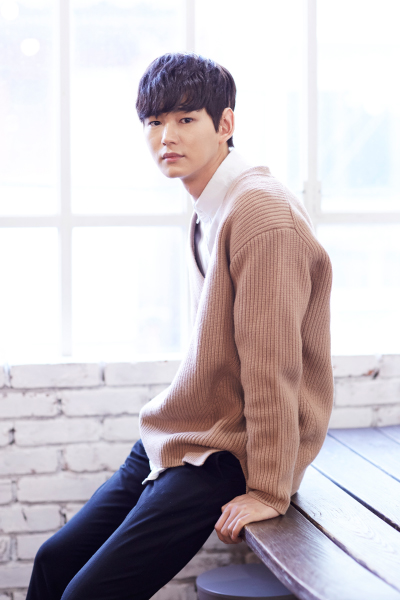 Lee Won-keun may not yet be a household name to many international fans, but the 26-year-old actor has steadily built his career over the past few years, since his debut in the 2012 hit MBC series “Moon Embracing the Sun.” Though Lee only made a brief appearance in the period drama, the actor started securing longer scenes in following dramas, including “Hyde Jekyll, Me” (2015) and the Korean remake of the well-received American series “The Good Wife” (2016).

In addition to the small screen, Lee has also been gradually making his presence known at the box office, mostly through small movies - the actor played an anti-espionage agent in Kim Ki-duk’s drama “The Net” (2016), a high school homme fatale ballet dancer in Kim Tae-yong’s “Misbehavior” (2017) and a struggling gay high school student who lost his boyfriend in an accident in Lee Dong-eun’s “In Between Seasons,” released Feb. 22.

Early next month, Lee will appear in another movie, where he is again featured as a high school student. Helmed by rookie filmmaker Kim Baek-jun, the upcoming “Wretches” is a school drama that sheds light on bullying.

Inspired by the real attempted murder of a bully by a classmate in 2011, the film starts with the bully being hospitalized after drinking plum juice containing weed killer. While the bully is hospitalized, another ring leader, Yang-hun, emerges in his place at the school, and decides to pick on Jae-yong (played by Lee). 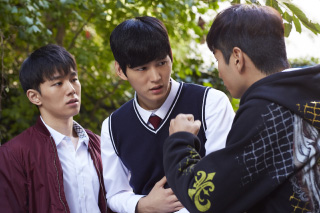 Jae-yong is forced to engage in a series of what Yang-hun calls “missions,” which include running all the way to the school cafeteria to buy him bread within three minutes and trying to steal the underwear from the girl the bully likes. Though the missions sound implausible, Jae-yong manages to complete them just for the sake of surviving at school. However, things start picking up after Yang-hun rapes a disabled woman that looks exactly like his crush, through the arrangement of Jae-yong. Feeling guilty over what he has done, Jae-yong gradually unleashes a monster that has grown inside him.

“I had never seriously thought about school violence before working on this movie. It was only through this film that I started paying attention,” said Lee during an interview in central Seoul on Monday. “[Many people] aren’t paying enough attention to school violence. Adults should be the first to reach out to these students getting bullied because they rarely speak out about their situation,” Lee added.

Even at first glance, Jae-yong is a feeble character who is not fit enough to endure the physical violence meted out by the bullies, which is exactly what the actor had intended the audiences to see.

“I wished to look weak.…So although there wasn’t much for me to lose from the beginning, I decided to lose weight until my ribs started showing. I ended up losing three kilograms (6.6 pounds).”

One of the most physically challenging parts of shooting for Lee was running up and down the stairs to go to the school canteen to buy Yang-hun bread. But what challenged the actor more was performing Jae-yong’s overwhelming emotions.

“[The shooting] was so tough… There are so many scenes where I get hit. But I had to pull out different kinds of emotions every time I got physically abused. The excessive emotions I had to act and the pressure to pull out different kinds of emotions were so challenging for me. I even had nightmares where I became the target of a bully at school. In the dream, I was crying after being hit while people around me did nothing but laugh at the situation,” Lee explained. “Shooting for this flick is especially unforgettable.”

Despite all the effort the actor poured into the work, Lee does not feel completely satisfied with the upcoming R-rated film.

“When I first read the script, I certainly thought the movie would be rated 15 and above, but it received an R rating. I believed this movie could help students realize the seriousness of school violence while provide an opportunity for adults to look back on their teen life. But the fact that teenagers will not be able to watch it makes me feel bad,” said Lee.

Many actors are often keen to show a new aspect of who they are, and Lee is no exception.