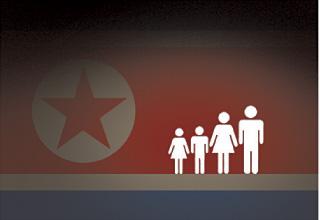 The presence of high-profile North Korean officials, including a blacklisted figure in South Korea for the PyeongChang Winter Olympics in Gangwon, has aggravated the divide in political circles.

The visit by Kim Yong-chol, vice chairman of North Korea’s Central Committee of the Workers’ Party suspected of sperheading the attack on South Korean naval patrol ship Cheonan, has turned the conservative front completely against the president and government for accepting and hosting the culprit behind the deaths of 49 sailors.

One important element has been absent from all the discussions and topics around North Korea and unification. We know little about the North Korean demographic status quo.

Before any business moves, it is important to study the other side. Market research is the first thing to do before making and selling a product. Manufacturers must gauge who and how many people will buy the product, where demand is strongest, and whether the market has the potential to grow. North Korea should require even more thorough and broader investigation.

How much do we know about the North Korean demography? How many are living across the border and where? How many are elderly and how many are born every year? What is their average life expectancy rate and health state? What are the biggest causes of deaths? What is the demographic outlook in 10 years? What is their average schooling level? We do not know even the basics about North Koreans. Regardless of the difference in approaches, both conservatives and liberals all think Korea will eventually become one. But is unification possible when we know so little about the population of the North?

According to the United Nations (UN), North Korea has a population of 25 million, fertility rate of 1.94 and life expectancy of 70. The census has not been produced by UN officials, but derived from various other data. This much information might be enough if the society in question had little relationship with ours. But, unfortunately, the South Korean government knows little more about the North Korean people than what it can find on the Internet.

As far as I know, the health of North Korean infants, children and teenagers has worsened. Those in their 20s were born in the 1990s when North Korea endured a Great Famine. They could not have grown healthy if they had not been fed well and gotten the right care during childhood. They have reached the age of having children. If their health or physical condition is not apt, they would have likely also struggled. This is only a theory and is not backed by real data.

Seoul has proposed humanitarian aid to North Koreans to keep up the conciliatory momentum of the Olympics. Humanitarian aid is essential if the health of minors and young people is to be improved. But if aid in either cash or goods is made without knowing the reality of the North Korean people, the political backlash could be disastrous. Since we know little about the people, we cannot know where the donations will end up.

To ensure the justice of future exchanges with North Korea, we must have sufficient knowledge on the North Korean people. The census should be the start. Unlike normal states, North Korea does not carry out a regular census. The last census Pyongyang conducted was in 2008 with assistance from a UN fund.

This year, marking the 10th year since the last census report, would be the best time to carry out a new one. The government should assist in the process on the condition that we have access to the data and information.

There can be differences and conflict in approaches toward unification and solving the North Korean nuclear problem. But, before taking any action, we must know more about North Korea. We should pay in interest and effort to realize a census in North Korea this year. We should take the initiative this time, not the UN.

*The author is a professor of health demography at Seoul National University.