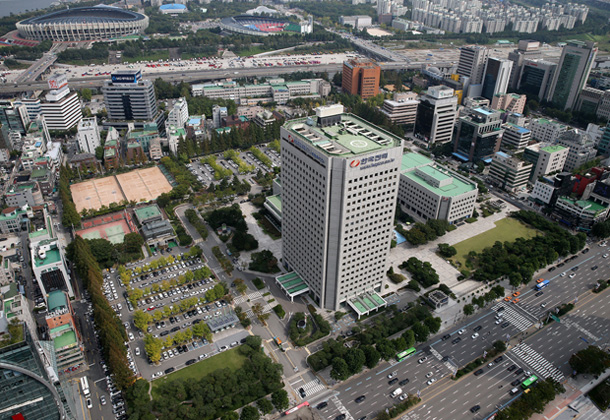 The time has come for me to change my car. My nine-year-old Sonata has been showing aging problems. I researched for the best deal and asked for advice. I have been loyal to Hyundai Motor cars for the last 30 years, evolving from the Excel and Avante to the bigger Trajet and Sonata. Scaling up the vehicle felt as good as moving to a bigger house.

I was most happy with my nine-seater SUV Trajet. It was roomy and allowed me to take my parents and siblings plus my four-member family on vacations. I can proudly say my Sonata is as good as the Toyota Camry I rode during my time studying in the United States.

Naturally, Hyundai Motor was the first place I turned for a Sonata replacement. But nothing caught my eye. The Grandeur and Genesis were too big and less fuel-efficient for my taste. I want a sleek compact car with sophisticated apparatus and options. But the models above the Sonata were too bulky. The high-end SUV lineup also did not impress me much.

My friends, who recently changed their cars, recommended I switch to a foreign brand. They gave several reasons to favor a foreign car.
First of all, Korean brands are big in the compact and mid-sized categories, but still lag at the large and luxury end in terms of capacity, mileage and design.

Second, prices of foreign brands are not as hefty as they used to be.

Third, foreign cars have become commonplace on the roads so that it is no longer a burden to drive an imported brand.

Finally, Hyundai Motor still does not have the same name value as top-end German brands. Plus, disruption in manufacturing due to the company’s militant union raises safety and quality concerns.

Hyundai Motor is at a critical point. Among big automakers, it was the only one to deliver reduced sales and profit last year. European and Japanese rivals are still unreachable while Chinese names are moving up fast in the global market. It is losing customers on its home turf as well.

The conglomerate also does not have a clear vision for its future. It dawdles in future mobility such as electric and self-driving vehicles and its share in research and development is at the bottom. It is not even eager in mergers and acquisitions. Its wages are among the highest due to a strong union, but productivity is sinking. Hyundai Motor cars are losing appeal price-wise and quality-wise.

Fortunately, there is still a chance. The Hyundai Motor Group has a cash reserve of 15 trillion won ($14 billion) and generates a net profit of 4 trillion won a year. It can turn the odds around if both management and the union work hard in investment, quality and productivity improvement.

The conglomerate instead is spending massively to erect the country’s tallest skyscraper for its new headquarters. The land in southern Seoul alone cost 10 trillion won. Construction will require billions of dollars. Its cash savings would go into the elephantine building.

It would have less to spend on future mobility, green cars, and new SUVs and luxury models. Given the rigid and hierarchic corporate culture in Hyundai Motor, few would raise their voice against the management direction.

Hyundai Motor Group has maintained its sixth rank in the global automobile industry because of its fast decision-making and drive. But the leadership has aged and fails to stay ahead of the times and market trends.

There is only one option. The management requires generational change and needs to make a partnership with the union to recreate itself. It must defer the plan for a new high-rise headquarters and invest instead in its future business.

The licensing for the new headquarters is being delayed. It won’t lose big if it pulls out now due to the spike in land prices in southern Seoul. If Hyundai Motor shows that much will, I would reconsider sticking to Hyundai as my next car and maybe even buy Hyundai Motor shares.

*The author is the head of the Economic Research Institute of JoongAng Ilbo and an editorial writer.