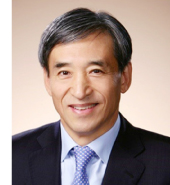 The announcement came as a surprise as Lee, 66, was appointed on April 10, 2014 by ousted former President Park Geun-hye. His four-year term is set to expire next month and the Blue House was expected to announce his replacement on March 5. He will be taking the helm of the BOK until 2022, should he pass a parliamentary hearing.

Lee is the first central bank governor to have his term extended in 44 years. A BOK governor can serve a maximum of two terms.

The re-appointment “reflects Moon’s willingness to guarantee the neutrality and autonomy of the central bank,” said the Blue House in a statement on Friday.

“The United States and some other European countries have their central bank chiefs lengthen their terms for the sake of stabilizing monetary policies.”

The central bank kept its base interest rate at a record low of 1.25 percent for 16 months before making its first rate hike in more than six years in November.

He said in a press conference after the reappontment on Friday that he feels “grave responsibility.”

Born in Wonju, Gangwon, Lee began working for the central bank in 1977, when he graduated from Yonsei University with a Bachelor’s degree in business administration. He later earned a Master’s degree from Pennsylvania State University.