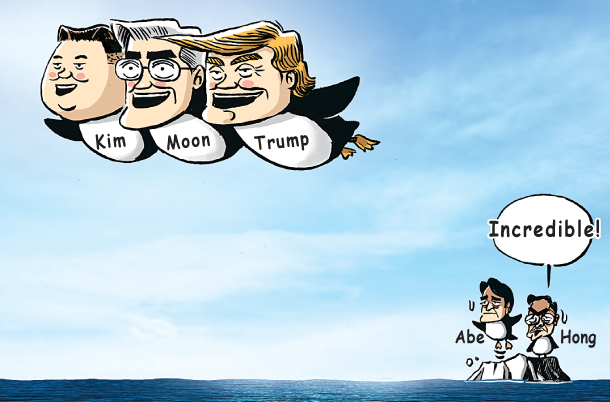 As summits are being scheduled between South Korean President Moon Jae-in and North Korean leader Kim Jong-un in April — and between U.S. President Donald Trump and Kim in May — Japanese Prime Minister Shinzo Abe and South Korea’s conservative opposition leader Hong Joon-pyo are increasingly worried that they’ll be left out of the process.