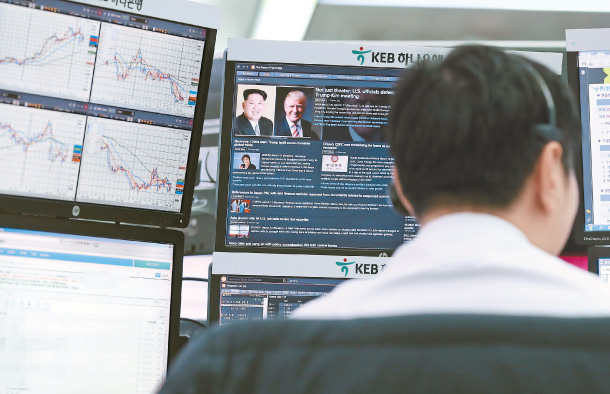 The computer monitor of an FX trader at KEB Hana Bank shows news on talks of a meeting between U.S. President Donald Trump and North Korea’s Kim Jong-un at the bank’s headquarters on Monday. The meeting of the two leaders, which would be a first, has positively influenced the market. [YONHAP]