Kakao Taxi lets you skip the line, for a fee

Kakao Taxi lets you skip the line, for a fee 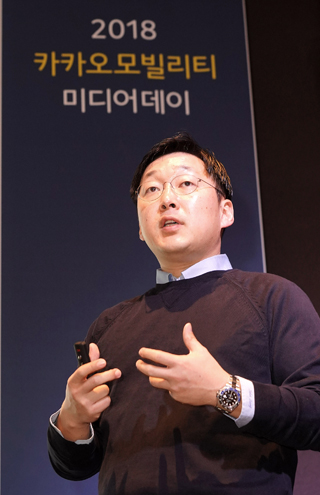 Kakao Taxi will offer customers the chance to pay extra to secure a taxi when the service is busy, a major step toward monetizing the popular ride-hailing service.

Users will now have the option of choosing an expediting service - “precedence call” or “immediate allocation” - for an additional fee. Both services will allow Kakao to take a cut of the payment, a crucial addition as for the last three years Kakao has run the service without taking any form of commission.

The “precedence call” function will ensure that user’s requests are preferentially delivered to drivers more likely to accept them. Which driver receives the call will be determined by accumulated data on how likely a drive is to accept a fare.

The “immediate allocation” option will instantly link the user to any empty cab nearby. The fee for either service will be charged once a taxi is successfully matched.

The “commission fee” in return for both functions will be divided between Kakao and the taxi driver. Drivers will receive part of these incentives as “points” which they can later convert to cash.

This point system is also a new system Kakao will employ this year. The price of the services and the division ratio between the company and drivers were not disclosed.

Kakao’s existing, free-of-charge taxi hailing system asks drivers whether they are willing to accept a request by providing them with information on a customer’s route. If the first batch of drivers nearby declines, the request is sent to those that are further away.

Although largely a success, the service also made it possible for some drivers to avoid short-distance rides during rush hour and late at night, or customers who want to be dropped off at a destination that is less likely to have outgoing traffic.

Kakao Mobility CEO John Chung explained at the press event held Tuesday in central Seoul that the primary purpose of the additional services was to find a solution to enhance flexibility in the supply and demand imbalance regarding taxi usage.

When asked whether the charged services could lead to drivers ignoring normal requests, Chung replied that points would also be given to drivers who accept regular requests.