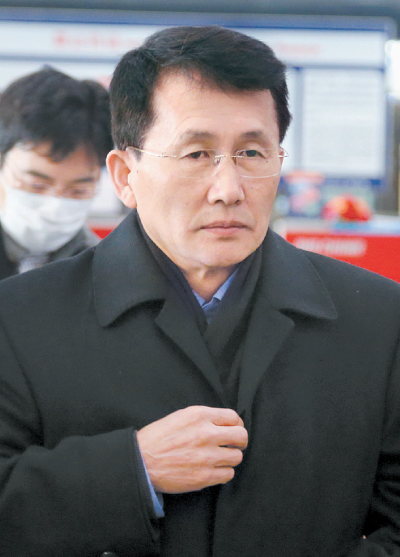 Choe Kang-il, a senior diplomat handling North American affairs in North Korea’s Foreign Ministry, was seen at a Beijing airport on Sunday en route to Finland for a two-day meeting with former American and South Korean officials that is expected to thaw tensions between the reclusive regime and the United States.

South Korea’s Foreign Ministry scarcely made any mention of the talks, which are set to kick off on Tuesday in Helsinki, Finland’s capital, but Finnish media quoted Finland’s Foreign Ministry describing the “unofficial talks” as mainly academic in nature and said Choe would meet Kathleen Stephens, who formerly served as U.S. ambassador to South Korea.

A South Korean government official who spoke on the condition of anonymity told the JoongAng Ilbo on Sunday that Choe was recently promoted from deputy director general for North American affairs to director general after Choe Son-hui left the position to become vice foreign minister.

The source said local authorities were aware of the promotion when Choe Kang-il visited South Korea last month as part of the North Korean delegation that attended the closing ceremony of the PyeongChang Winter Olympics. The delegation was led by Kim Yong-chol, a vice chairman of the Central Committee of the Workers’ Party who also serves as director of the committee’s intelligence arm, the United Front Department.

But the source did not mention whether Choe Kang-il met with American officials during his stay here. The U.S. delegation for the closing ceremony was led by Ivanka Trump, U.S. President Donald Trump’s daughter and adviser, and included Allison Hooker, an official on the National Security Council in charge of Korean affairs.

Choe, a former military official, is a veteran diplomat in Pyongyang-Washington relations. He was directly involved in working-level negotiations between North Korea and the United States to reach the 1994 Agreed Framework in Geneva, where the North agreed to freeze its nuclear weapons programs in return for nonmilitary reactors, economic aid and improved relations with the United States.

With the prospect of a landmark North Korea-U.S. summit looming, Pyongyang has been engaging quietly on several diplomatic fronts. North Korea’s foreign minister, Ri Yong-ho, concluded a three-day meeting with his counterpart in Sweden on Saturday, though neither country mentioned whether any specific agreements were reached.

The Swedish Foreign Ministry said in a short statement after the meeting that both sides mainly discussed the release of three Korean-Americans detained in North Korea, international sanctions against the regime and North Korea’s denuclearization. The Swedish Foreign Ministry said it told Ri that his country needed to dismantle its nuclear stockpile in alignment with United Nations Security Council resolutions.

Ri arrived in Stockholm last Thursday for the talks, which were widely speculated to be part of efforts to lay the groundwork for the upcoming summit between North Korean leader Kim Jong-un and Trump.

Some South Korean government officials have mentioned Sweden as a possible location for the first summit between the two countries. Since Washington does not have any diplomatic ties with Pyongyang, Sweden has represented the United States’ interests in North Korea, often playing an intermediary role. Sweden currently serves as a non-permanent member of the UN Security Council.