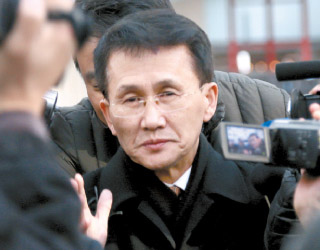 Finland’s Foreign Ministry described the “track 1.5” meetings between North Korean diplomats and South Korean and American former officials and academics in Helsinki, which concluded Wednesday, as “constructive” and “positive.”

Some 18 delegates from the three countries kicked off meetings with a dinner in Helsinki Monday and then held a semi-official conference over the next two days at Konigstedt Manor, a Finnish government-owned building often used for negotiations and accommodating state guests.

The Finnish Foreign Ministry in a statement said the participants from the United States, North Korea and South Korea took part in meetings over Tuesday and Wednesday for a conference on Northeast Asian issues, with observers from the United Nations and Europe.

The “track 1.5” talks, so called because they included both government officials and former diplomats and experts, were observed closely because they preceded a rare inter-Korean summit scheduled for late April and what would be a historic meeting between North Korean leader Kim Jong-un and U.S. President Donald Trump sometime later.

“This meeting was one of a series of academic sessions over many years that have explored approaches to building confidence and reducing tensions on the Korean Peninsula,” Kimmo Lahdevirta, director general of the Finnish Foreign Ministry’s Department for the Americas and Asia, told reporters after the conference ended.

He added, “The participants had a constructive exchange of views in a positive atmosphere.”

The ministry also said in a statement that the conference “was planned well in advance of recent promising developments related to the Korean situation.” It added that the participants in the conference expressed their appreciation to the Finnish Foreign Ministry for hosting the conference.

While the Finnish Foreign Ministry emphasized the academic nature of the conference, track 1.5 dialogue are often venues where different parties can test the water ahead of actual negotiations.

South Korean participants indicated that the meeting included discussions on a wide range of issues encompassing the denuclearization of the Korean Peninsula, along with the planned inter-Korean and North-U.S. summits.

They have also indicated that the delegates developed a consensus during the talks on the need to reduce tensions on the Korean Peninsula and the necessity for the upcoming summits to be successful.

When asked about the talks, Choe, the North’s point man on U.S. issues, told reporters, “Everything was announced in Helsinki, so just look at that.” Then he immediately headed to the North Korean Embassy in Beijing.

The U.S. delegation included two former ambassadors to Seoul, Kathleen Stephens and Thomas Hubbard, as well as Korea experts with government backgrounds, such as Robert Carlin, former chief of the Northeast Asia division in the State Department’s Bureau of Intelligence and Research and Karl Eikenberry, a former U.S. ambassador to Afghanistan and director of the U.S.-Asia Security Initiative at Stanford University.

North Korean Foreign Minister Ri Yong-ho held three days of talks with Swedish officials in Stockholm from Thursday through Saturday. The Swedish Foreign Ministry said the talks were primarily on the security situation on the Korean Peninsula.

Varjoranta, who serves as the head of the IAEA Department of Safeguards, conveyed that the agency will actively contribute to the process of denuclearization on the peninsula.

On Wednesday, after meeting with diplomats in Seoul, he said that the IAEA is “ready to resume monitoring verification activities” in North Korea as soon as the political environment allows it to.