VR film ‘Stay With Me’ gets Cannes screening

VR film ‘Stay With Me’ gets Cannes screening 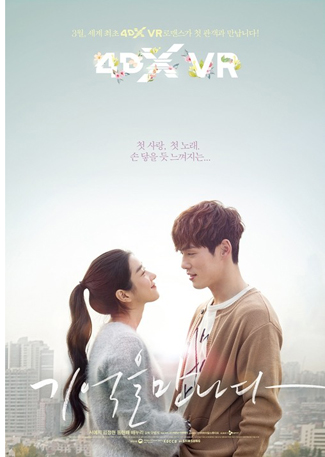 Local VR romance film “Stay With Me,” starring actors Seo Ye-ji and Kim Jung-hyun, has been confirmed for screening at Le Marche du Film, a film market held in conjunction with the Cannes Film Festival.

Cannes first introduced its VR section known as VR Theater in 2016, under the NEXT program of Le Marche du Film. The prestigious film event hints at new film trends through Marche du Film, which has been taking place annually since its establishment in 1959.

“Stay With Me” will be the first Korean film to be screened under this section.

The film is a romance tale about first love between a boy who dreams of becoming a musician but is too afraid to go on stage, and a girl who aspires to become an actor.

The movie will be shown at the 2018 Cannes Film Festival on May 11, but it will premiere at the CGV Yongsan I’Park Mall in central Seoul on March 31. The 71st edition of the prestigious film event will kick off on May 8.