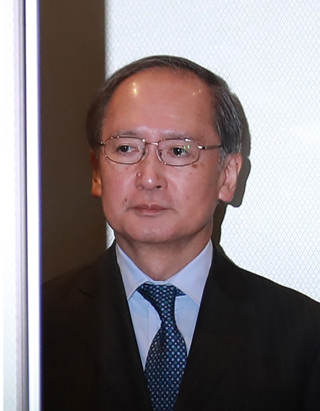 Korea voiced a strong protest against the Japanese government for claiming sovereignty over the Dokdo islets in guidelines it endorsed Friday for high school textbooks.

“The government strongly condemns Japan for adopting the guidelines that contain its inappropriate argument about Dokdo and call for its immediate withdrawal,” Korea’s Ministry of Foreign Affairs said in a statement Friday.

“Dokdo is our inherent territory from a historical and geographical perspective, as well as in the eyes of international law, and the government makes it clear again that it will sternly deal with any provocation on this matter.”

The ministry said it also brought in Japan’s ambassador to Seoul, Yasumasa Nagamine, and lodged a protest.

Earlier, the Japanese government endorsed a revision to its high school textbook guidelines. The draft version had been available for public review since mid-February.

The guidelines oblige students to be taught Dokdo as part of Japan’s territory. They will start applying to high school students in phases in 2022.

Dokdo, which lies closer to Korea than Japan in the East Sea, has long been a recurring source of tension between the two countries. Japan has repeatedly claimed its territorial sovereignty over the islets, which are known as Takeshima in Japanese.

Korea has kept a small police detachment on the Dokdo islets since World War II ended in 1945. It has continually made clear that Tokyo’s claims are groundless.

The latest controversy is expected to add to diplomatic challenges for the two neighbors, which have seen their ties strained after they reached a controversial deal in 2015 to try and resolve a longstanding feud over the Japanese military’s sexual enslavement of Korean women while the peninsula was under Japanese colonial rule during World War II.

In January, a new government under President Moon Jae-in said the deal did not resolve the so-called comfort women issue and emphasized that “relevant” countries should help the victims recover their dignity and heal their wounds from their harrowing experience.

Japan has protested against changing the deal, saying any attempt to modify or scrap it could negatively affect bilateral relations between them.