‘Seven Years of Night’ author is a fan of the film

‘Seven Years of Night’ author is a fan of the film 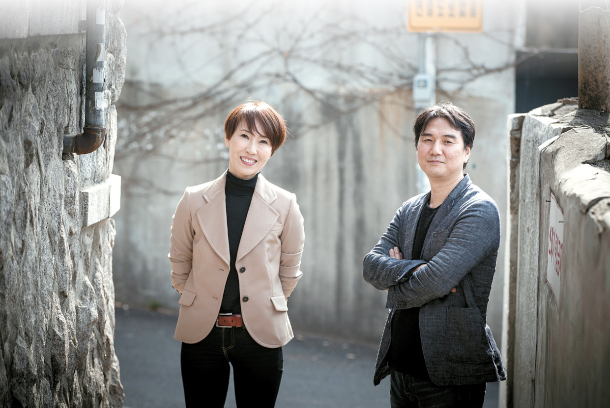 While filming the thriller “Seven Years of Night,” director Choo Chang-min focused on the clash between the two fathers in the film, Yeong-jae (Jang Dong-gun) and Hyun-su (Ryu Seung-ryong.) Based on novelist Jeong You-jeong’s 2011 best seller of the same name, the film portrays the characters in a slightly different light and switches up the setting and the ending. While some viewers have had a positive response towards the actors’ performance, others criticized the film for being a poor adaptation of the novel.

Unlike the critics, the book’s author Jeong was generally positive about the film. “The beginning and the ending of the movie was already set in the director’s first draft, which I received,” she said.

“I enjoyed the director’s [fresh] interpretation of the novel. [The audience] would not have liked the outcome if he had unfolded the story the same way I did.”

Director Choo and Jeong sat down with the Joongang Ilbo, an affiliate of the Korea JoongAng Daily, to talk more about the film and how it differs from the novel. The following are edited excerpts from the interview.

Q. What did you feel when you heard that Choo would be directing this film?

A. Jeong: I don’t watch dramas or movies often. However, I did watch Choo’s 2012 film “Masquerade.” The images, which are equivalent to writing styles in novels, were very sensuous. His way of drawing the narrative was very classical. After receiving the first draft of the script for “Seven Years of Night,” my expectations [for the film] grew.


It took seven years for the novel “Seven Years of Night” to be made into a movie. What took so long for it to be produced as a movie?

Choo: After reading the novel for the first time, I enjoyed how I could easily picture the story because of its fine details. I thought that examining each episode from the viewpoint of the different characters was extremely interesting. However, the movie is only two hours long. It was difficult to decide what I would focus on. I really liked how the writer shows a twist by separating the facts and truth with the transitional word “but.” If I successfully depict this “but” in the conflict between Choi Hyun-su and Oh Young-jae, the fans of the novel could see a different side of the novel through the film, I thought. It took me two years to find that “but” while writing the script.


I heard the two conditions requested by the writer were to not change the title and to maintain the tone of the novel [in the film]. How did you feel when you saw the completed film?

Jeong: I have seen the movie three times, and I have wanted to express my respect for the director ever since I first watched it. The novel carries a heavy tragedy. I was surprised to see how the tragedy was emphasized rather than played down in this film, even though this is a commercial film with high production costs. Additionally, the director did a superb job in exquisitely portraying the literary devices that were hard to visualize on screen. The energy between the two conflicting actors was gigantic. Actor Ryu Seung-ryong makes viewers truly sad and Jang Dong-gun really captures the audience.

Choo: I took many takes with the actors until we all felt that we captured the emotions that we wanted. By pushing ourselves to our limits, we were able to produce this kind of energy. 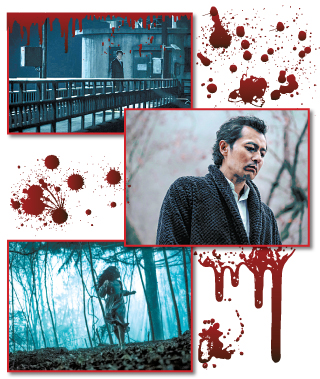 Which scene was the most expensive to film?

Choo: It was the Seryeongho reservoir scene, which was the main setting of the novel. We even built a set over a dam and waited until there was fog, as described in the novel. [The set was so far out] that when we wanted to go to the bathroom, we had to take a boat. Also, to make the scenes more natural, we added computer graphics to the 650 cuts. This is much larger than other films.

Jeong: The [depiction of] Seryeongho reservoir was 100%, even 200%, identical to that of the novel. It was desolated, lonely and sad. This reservoir is extremely important as it is a huge metaphor for the trauma that Choi Hyun-su suffered from his father during his childhood. While watching the movie, I was in awe of how well [the director] portrayed parts that I didn’t even think of.


What did you think of the scenes that were depicted differently in the film?

Choo: Because the film focused on precisely drawing out the dark sides of wickedness that were hidden in the novel, some of the elements that readers loved were de-emphasized. These elements include parts of the thriller or the portrayal of the wrongdoings. I can see why [the readers] felt disappointed to see their favorite parts missing, but I am certain that they will be interested to think about why [those scenes] were interpreted in such a way.

In her novels including “28” and “The Good Son,” Jeong has constantly searched for the roots of evil by examining psychopathic characters. But, in this movie, the character Oh, who was a psychopath in the novel, has been made more human and relatable. What do you think about this?

Jeong: While watching the film for the second time, I thought that the character Oh of the film might be a reflection of Choi that he never wants to admit. The story begins with Choi accidentally committing a murder. I think that Oh might be the inner-beast that Choi was hiding.

The female characters also played significant roles in the novel, but, in the film, the importance of their roles seemed to have been overshadowed by the fathers. How did you feel about this?

Jeong: I spent a lot of time illustrating Choi’s wife, Kang Eun-ju (played by Moon Jung-hee in the film.) It was extremely hard to describe this strong woman, who has to take care of her incompetent husband, as not just a tough character. I wanted to characterize Kang in a way so that readers feel compassion and sympathy for her. On the other hand, the movie mainly focuses on the conflict between the two male characters. I did feel somewhat disappointed that the women were not as prominent, but I understood that the filmmaker had no choice, for the sake of the film’s economy.

Choo: This merely happened because I was so focused on depicting Choi and Oh, not because I wanted to focus on the idea of fatherhood. “Seven Years of Night” is a movie about destiny. The strongest destiny is a filial one. While there are some lucky, very rich people who are born with a silver spoon in their mouths, there are some cruel destinies that cannot be avoided. I used paternity to portray a character trying to break that [filial] bond. Also, I added the female shaman character in the movie (Lee Sang-hee), who did not exist in the novel. The female shaman played the role of a religious mother protecting Seo-won (character Choi’s son) from the conflict between the two male characters.

What do you think is the most memorable scene from the movie?

Jeong: For me, it’s the scene where Seo-won, who is on the verge of death, walks around the lake in circles with Se-ryeong (character Oh’s dead daughter)’s spirit. He plays Mugunghwa, Korea’s version of the game “red light, green light,” with her. In truth, it shows how Seo-won gets rid of his fears by singing with the girl that he had a crush on. However, as it was described quite creepily in the novel, the readers regarded the scene as something horrific. I was satisfied to see how the movie recreated that scene in a warm manner.

Choo: It’s my first time hearing Jeong talk about this. I imagined it exactly the same way [as Jeong did] while mapping the scene out. I felt that the movie and the novel were different, but perhaps they were looking at things in the same way.

Hatred and discrimination are hot issues at the moment. Is there a message that you want to send as a writer?

Choo: People are quick to blame a certain phenomena, while taking no interest in what is behind the phenomena. I am interested in people, especially about what drives them to do good or evil things. “Seven Years of Night” also shows this. When you look at the situation, Choi and Oh both deserve to be dead, but when you look inside, [you] can see different things.

Jeong: My interest has always been what is behind events and phenomena. I wonder what mechanism causes [someone] to commit such evil actions instead of just labeling [that person] as a psychopath. It is easy to criticize one another and be on the side of the winner. However, if [people] don’t understand [what is behind] a certain phenomena, they won’t be able to raise questions about it and overcome it.