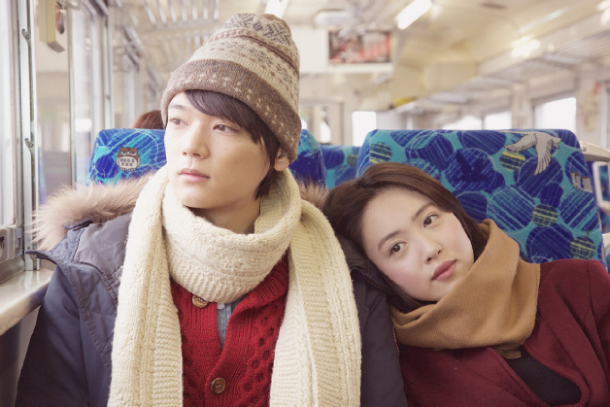 A tragedy separates young lovers Ryo (Furukawa Yuki) and Yuri (Takemi Fujii). Heartbroken after Yuri’s sudden death, Ryo tries to pull himself together. He remembers how Yuri spoke of going to Hokkaido, a wintry, snowy town in northern Japan, and decides to go.

After arriving in Hokkaido, Ryo meets Aya (also played by Fujii), who looks exactly like Yuri. Aya also shares the same pain of losing a lover and initially mistakes Ryo for her missing lover, Ryu (also played by Yuki). Ryu is a well-known magician who disappeared in the midst of performing a trick.

Ryo and Aya fall in love, but each are haunted by their past lovers. Additionally, both question their own identities, since they look exactly the same as the others’ former lovers.

Adapted from a Korean web comic of the same name, this film is a Korean-Japanese collaboration. While the actors are Japanese, the director, Kwak Jae-yong, is Korean. Kwak is well-known for his 2001 comedy film, “My Sassy Girl,” and the 2003 romance film, “The Classic.”

An unnamed man (Lee Soon-jae) realizes that he doesn’t have much time left before his death. He seeks nice, trustworthy people to care for his young grandchildren, Deok-gu (Jung Ji-hoon) and Deok-hui (Park Ji-yoon). Due to the absence of their parents, the two children currently live with their grandfather.

Despite his unwavering love for his grandchildren, the old man seems to be clumsy about displaying his affections for them. Because the family is not well-off, he is unable to buy an expensive robot toy that Deok-gu wants. Even though Deok-gu’s grandfather feels bad for coming home empty-handed, he hides his true feelings and seems to ignore Deok-gu. However, later that night, Deok-gu’s grandfather promises his grandson that he will buy him the toy before he enrolls in elementary school.

Throughout the film, the name of Deok-gu’s grandfather is never revealed. In Korean society, parents are usually referred to as the mother or father of their child’s name, instead of being called by their given names. This family film questions whether the role of a parent can be substituted. 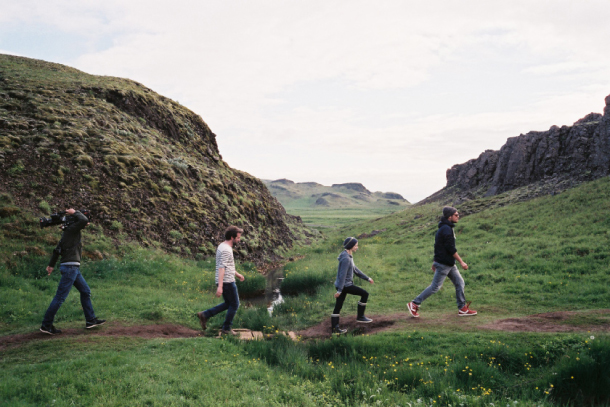 This documentary offers concrete solutions to environmental and social challenges to combat population growth, climate change and destruction of the Earth’s surface. Co-directed by actor and filmmaker Melanie Laurent and director Cyril Dion, this film presents their journey around the globe, as they meet people who are offering creative solutions to environmental problems.

The film advocates for a new vision, in which each community is more autonomous and free. The social message here is that “it is not too late [to act], but we have to get moving. Now.” The film also points out that solutions do exist, but people need to join forces to start changing the world tomorrow.

By offering constructive solutions to act on a local level, this film aspires to make a difference globally. This film was the 2016 winner of Best Documentary at the Cesar Awards, which is France’s equivalent to the Academy Awards. 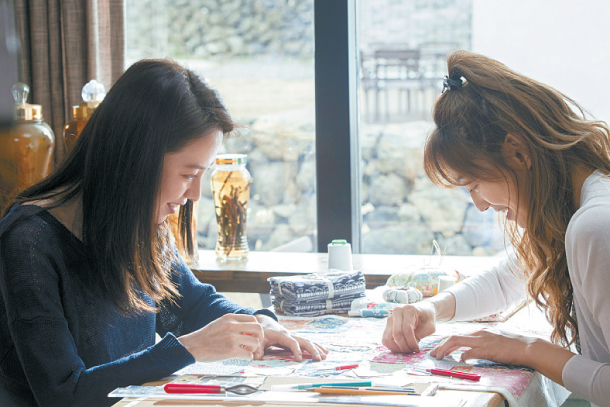 Unlike his brother-in-law Seok-geun (Lee Sung-min), a taxi driver who has had several extramarital affairs, Italian restaurant owner Bong-su (Shin Ha-kyun) seems to be a very loyal husband. Bong-su is married to Mi-yeong, Seok-geun’s younger sister. In the beginning of the movie, Bong-su catches Seok-geun having an affair, but Seok-geun does not worry about getting caught. Rather, he proudly defends his actions and even encourages Bong-su to cheat on Mi-yeong.

Initially, Bong-su shrugs this advice off, but things change when he meets the attractive Jenny, a yoga-instructor, at a billiard hall. Unlike Mi-yeong, who ignores Bong-su’s opinions, Jenny instead listens to him and encourages him to follow his dreams. With Jenny’s support, Bong-su is able to finally achieve his dream of opening a Chinese diner.

As the new restaurant becomes a hit, Mi-yeong and Bong-su’s relationship also rapidly improves. At the same time, however, Jenny’s crave for Bong-su’s love becomes stronger.

Adapted from the 2011 Czech romantic comedy “Men in Hope,” its film crew says that the film is not trying to romanticize affairs. Rather, it pushes for the idea that married couples can feel lonely. 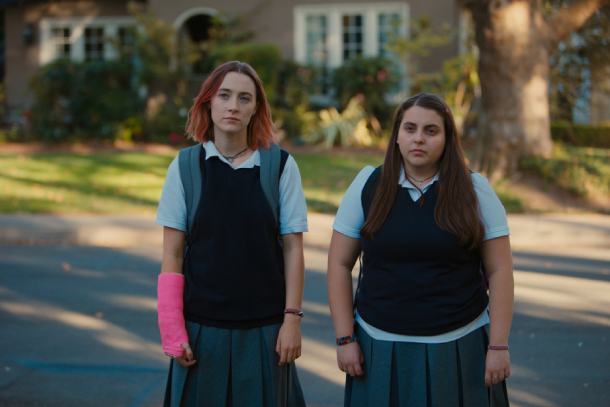 Although her birth name is Christine McPhurson (Saoirse Ronan), the 17-year-old decides to give herself another name - Lady Bird. She has a wild, strong personality and often collides with her deeply opinionated mom Marion (Laurie Metcalf), a nurse. Marion became the family’s sole breadwinner after Lady Bird’s father, Miguel McPherson (Jordan Rodrigues), lost his job.

Lady Bird hates living in Sacramento, California and wants to live in the East Coast. This film depicts Lady Bird’s final year in high school, but most importantly, the film focuses on the emotional relationship between the teenager and her mother. It underlines the conflict between a teenage daughter, who will soon leave her parents’ nest, and an over-worked mom, who finds it difficult to communicate with her daughter.

A striking directorial debut by Greta Gerwig, this coming-of-age film received many awards and nominations, including two Golden Globe Awards for Best Motion Picture - Musical or Comedy and Best Actress - Musical or Comedy for its star Saoirse Ronan. 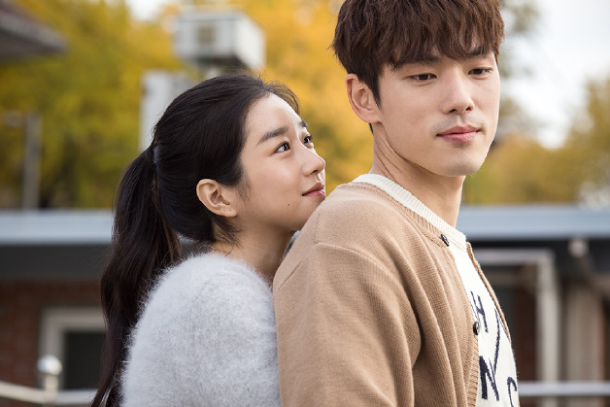 This virtual reality (VR) film revolves around a love story between U-jin (Kim Jung-hyun) and Yeon-su (Seo Ye-ji). U-jin dreams of becoming a musician but unfortunately has stage fright. Meanwhile, Yeon-su aspires to become an actor.

This 38-minute film portrays how the two fall in love and later break up. It also depicts the longing to meet one’s first love, as U-jin recalls his memories of Yeon-su, whom he desperately misses.

Director Ku Bom-sok is best known for his work in Hollywood such as “The Lord of the Rings: The Return of the King” and “The Golden Compass.” Additionally, this movie is the first Korean film to be screened under the VR section at Le Marche du Film, a large film event held in conjunction with the prestigious Cannes Film Festival.

This horror film depicts a group of seven people going on an adventure to the Gonjiam Psychiatric Hospital, an insane asylum, and filming their experience along the way. The person in charge is Ha-jun (Wi Ha-jun), a vlogger who runs the YouTube channel “Horror Times.”

While the six others are sent off into the hospital, each carrying a camera, he stays behind, guiding them as they traverse through the abandoned building.

The three women and three men are eager to complete their mission of filming the detailed interiors of this building. The team’s final destination is room 402, which, according to rumors, nobody has even been able to enter.

What started off as a playful dare later causes the whole team to panic, creating fear and chaos. However, Ha-jun insists that they continue with their mission so that he can get more viewers and make more money. This film is directed by Jung Bum-shik, who is well-known for his horror films such as the 2007 hit “Epitaph.”