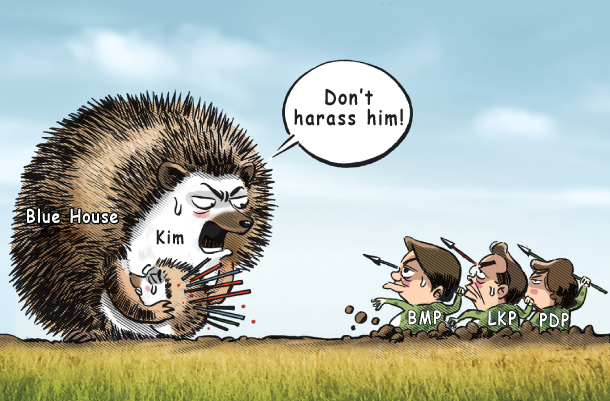 After attacks from the opposition — the Liberty Korea Party (LKP), the Bareun Mirae Party (BMP) and the Party for Democracy and Peace (PDP) — over President Moon Jae-in’s appointment of Kim Ki-sik as new head of the Financial Supervisory Service, the Blue House says their allegations are not enough to replace him.