Dacor will bring its swanky kitchenware to Korean homes

Dacor will bring its swanky kitchenware to Korean homes 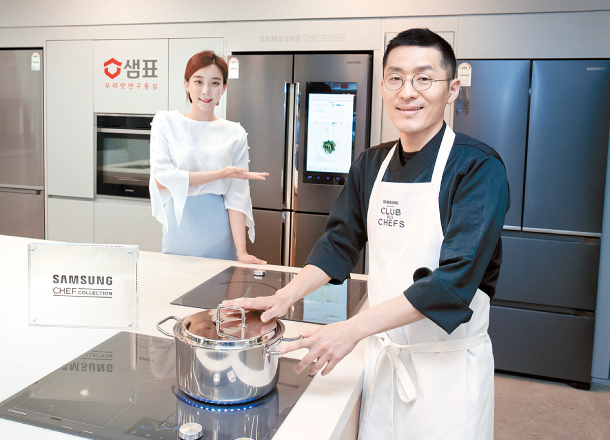 Samsung said on Wednesday it plans to launch its high-end kitchen appliance brand Dacor in Korea later this year.

Samsung acquired the American kitchen appliance maker for $150 million in 2016, and will introduce the company to Korean customers later this month at a showroom run by SieMatic, a German kitchen manufacturer. Sales will begin sometime in the fourth quarter, according to Kim Hyun-suk, the president of Samsung’s consumer electronics unit.

“We have been investing a lot in luxury appliances since 2016, and the investment is bearing fruit,” said Kim. “The built-in kitchen business is already solidified in the United States, and Europe, where 40 percent of all kitchen appliances are built-in, is also huge. Consumers in Korea are also increasingly adopting a new lifestyle centered around their kitchens.”

Korea’s built-in kitchen appliance market is estimated at 1 trillion won ($940 million), and Kim foresees “rapid growth” in the segment. Some of Dacor’s products sold locally will be modified to accommodate Korea’s smaller homes, according to Kim.

His comments came at the launch of a cooking studio with Sempio, a Korean sauce maker, on Wednesday as part of its push to increase domestic sales of its built-in kitchen appliances.

At the new cooking studio, cooking classes will be led by “Club des Chefs,” a group of renowned chefs picked by Samsung. The companies are also planning food-related workshops so that general consumers as well as food industry insiders can try out Samsung’s kitchen equipment.

The tech giant has been collaborating with prestigious cooking schools such as the Culinary Institute of America to promote its products and develop new recipes. Kim said the company chose to partner with Sempio for the cooking studio because it is the leading domestic maker of fermented foods, such as soy sauce and soybean paste.

Appliances at the studio include a Family Hub refrigerator that uses Internet of Things technology, a bottom-mounted freezer, induction microwaves, a dishwasher that uses “wall of water” technology and a kimchi freezer that offers an optimal environment for storing unusual ingredients, such as root and bulb vegetables.

At the launch of the studio, Kim also expressed some concerns about the future of consumer electronics, artificial intelligence and IoT.

“So far, we only had to make consumer goods, but their connectivity matters now,” said Kim, who worked on televisions and displays for more than two decades before being promoted to lead the consumer electronics unit last October. “But it’s time to seriously think about the merits of connecting different gadgets over Wi-Fi and the cloud. No company is talking about it.”

As a positive example of IoT, Kim cited remote control of air conditioners with smartphone apps. But companies need to study what benefits consumers can gain from connected appliances beyond just convenience, he said.