Hammering out a deal

Hammering out a deal 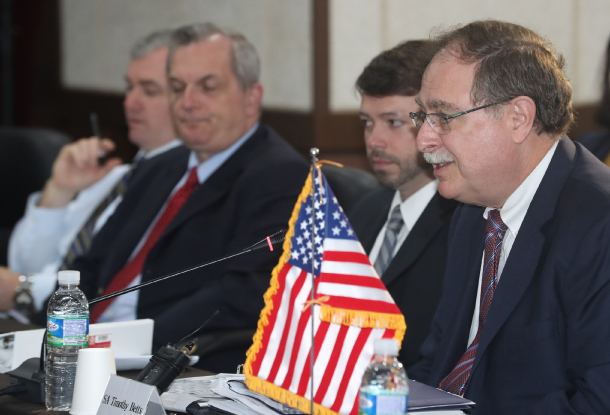 Timothy Betts, Washington’s chief negotiator for a defense cost-sharing agreement with Korea, speaks during a second round of talks at the International Peace Center in Jeju Island on Wednesday. Seoul’s top negotiator, Chang Won-sam, and Betts held their first round of talks last month in Hawaii. The current Special Measures Agreement, which dictates how much the United States and Korea contribute to U.S. military presence on the peninsula, is set to expire at the end of this year. [YONHAP]