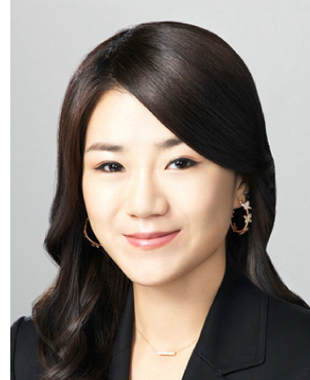 The police are now looking into allegations of a “bottle rage” incident by the youngest daughter of Hanjin Group Chairman Cho Yang-ho after reports that she allegedly threw a bottle and a cup of water at a manager’s face during a meeting last month spread online last week.

“We will carry out an impartial preliminary investigation to determine whether there was an abuse of power in a work-related setting, no matter her status,” said an officer from the Gangseo Police Precinct in southwestern Seoul on Friday.

Cho Hyun-min, 34, a senior vice president at Korean Air, was attending a meeting in Korea about advertising in Great Britain last month.

Unsatisfied by an answer from a manager from the advertising agency, she allegedly began yelling at him, threw an unopened bottle of water at him and then a cup of water at his face. She then proceeded to kick the manager out of the meeting, according to a post online.

Police said they are examining whether there is evidence that Cho assaulted an employee, which warrants a formal investigation.

If authorities find evidence of unlawful behavior, they will begin an official investigation into the case by assigning a case number.

Police said Cho left Korea on Friday, though her whereabouts have not been revealed.

“She is just taking a vacation that was already scheduled beforehand,” said a source from the airline.

Before departing, Cho apologized for “foolish and reckless behavior” on Facebook Thursday, and added, “I have no words to say for an action that I should not have done under any circumstances.”

Cho also posted a photo on Instagram with tags saying, “Don’t try to find me” and “Enjoying my happy travel,” though the post was later taken down on Friday.

A spokesman for the airline said that Cho did not throw a cup of water at the employee’s face, but rather threw it on the ground, and only a “splash of water” hit him. The spokesman admitted there was some yelling.

“This kind of behavior from Korean Air has long been known,” said a source in the advertising agency involved in the incident. “There have been times our company refused to work with Korean Air because of these kinds of incidents.”

“Since 2015, courts have acknowledged that throwing water at someone is assault and is punishable,” read one petition. “We must penalize Korean Air’s Cho Hyun-min’s abuse of power.”

Others are demanding the airline remove “Korean” from its name, saying Cho’s actions are “degrading” to the country.

It is not the first time Korean Air’s chairman is under fire for the behavior of his daughters.

In 2014, Cho’s sister Cho Hyun-ah created international headlines and earned the nickname “nut rage heiress,” when she threw a tantrum over the way she was served nuts and forced a taxiing Korean Air plane to return to its gate at John F. Kennedy Airport in New York.

She was served macadamia nuts in an unopened bag, rather than being served on a plate.

Though she was convicted of violating aviation safety in 2015 and sentenced one year in jail, she was released three months later after an appeal.