Despite ankle monitors, ex-cons fly under the radar

Despite ankle monitors, ex-cons fly under the radar 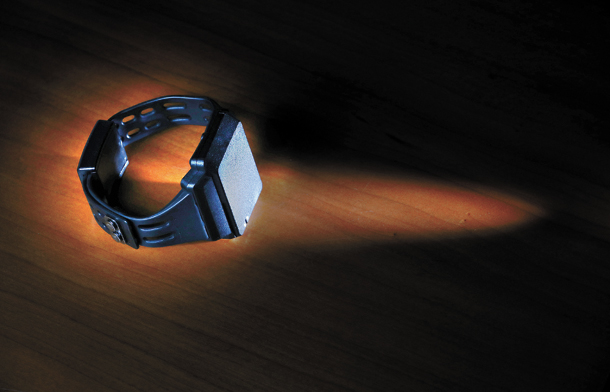 On April 4, an ex-convict wearing an ankle monitor because of a previous rape conviction managed to evade security at Incheon International Airport, board a plane and fly to Vietnam.

He was eventually caught by Vietnamese customs officials and deported back to Korea, but the fact that he was able to get as far as boarding a plane invited outrage and ridicule from the public over the lax monitoring of people with tracking devices.

The man who managed to fly to Vietnam was not the only case this month of an ex-con fleeing the country. A week earlier, another man who was also convicted of rape escaped to Japan after ditching his tracking device in a trash can near his neighborhood. He has yet to be found, and he’s not alone. Since 2012, five ex-convicts wearing ankle monitors have flown abroad and remain wanted.

Korea first enforced ankle monitors in September 2008. Convicted child kidnappers, sex offenders and murderers are required to wear them for a certain period of time after their release. Since their introduction, the rate of second-time sex offenders declined to 2 percent in 2016 from the initial 10 percent.

Yet the number of probation officers monitoring them has not changed since 2015 and remains at 162, according to recent reports by the Korean Institute of Criminology. That’s one probation officer for every 18 ex-convicts, according to a 2017 study by the institute. By comparison, Sweden has a nine to one ratio.

“In reality, it seems like one person is in charge of 20, or even 30, people,” one employee at a probation office in Seoul admitted.

The recent flight cases occurred because ex-convicts wearing ankle monitors are still allowed to travel abroad if they receive permission from their probation officer.

But there is no official procedure at airport security to verify whether they received approval. Now, some are questioning the effectiveness of ankle monitors. A petition to the presidential office has even suggested reforms such as creating a smartphone system for people to check if a sex offender is nearby.

The petition comes at an especially sensitive time. Cho Doo-soon, the perpetrator in an infamous 2008 child rape and assault case, is about to be released.

Cho was sentenced to 12 years in prison for raping an 8-year-old girl in a public bathroom, then strangling and beating her unconscious in Ansan, a city in Gyeonggi just southwest of Seoul.

On a Blue House petition last year, over 610,000 people demanded the court extend his prison term to a life sentence, but the court set his release date for December 2020.

Holes in the system

Probation officers track ankle monitors using GPS signals and receive an alert when ex-convicts enter a prohibited area, such as a school, if the device’s battery is lower than 20 percent or when a transmitter that the ex-con has to carry around is five meters (16 feet) away from the ankle monitor. In most cases, probation officers only follow up by calling the person instead of directly visiting face-to-face and investigating the case.

Both men in the two most recent flight cases took advantage of this loophole.

On March 25 at around 10:30 a.m., the probation officer for Mr. Hyun, the ex-convict who fled to Japan, received an alert that his ankle monitor was more than five meters away from its transmitter.

When he called Hyun to check up on him, Hyun, who runs a private car service, told the officer that he had accidentally dropped the transmitter in a passenger’s bag while driving him home and was going to retrieve it from the customer.

But Hyun had actually ditched his transmitter in a trash can at a mall in Seocho District, southern Seoul, where he resided. Later that day at 2 p.m., he boarded a flight to Japan from Gimpo International Airport.

It wasn’t until 5:30 p.m. that his probation officer received a message from Hyun telling him that he was in Osaka and that he wanted to end his life. Police then sent an alert to the International Criminal Police Organization for assistance in searching for Hyun.

The ex-convict who fled to Vietnam on April 4, Mr. Shin, similarly lied to his probation officer when he was at Incheon International Airport.

Shin was released in 2010 after serving a three-year sentence for rape. Earlier in the day, he was questioned by police on a new rape allegation. A woman he worked with accused Shin of spiking her drink during a post-work outing last month and raping her after she fell unconscious.

After police released him from questioning, Shin went straight to Incheon International Airport. He told his probation officer that he had a part-time job at a delivery company’s warehouse near the airport.

Shin then breezed through airport security by telling them he received approval from his probation officer to travel abroad. The staff believed him and let him through.

“We can’t check whether people wearing ankle monitors have received permission or not [to travel],” an employee at Incheon International Airport said. “We only check their passports and see if they’re carrying any harmful substances or items.”

The employee said there was no official procedure for them to confirm whether people wearing ankle monitors have received approval.

Shin’s case revealed another flaw in ankle monitor regulations. Because Shin’s national identification card indicates his hometown as Cheongju, North Chungcheong, he was assigned to a probation officer from that province, even though he actually resided about 100 kilometers (62 miles) away in another province. This made it even more difficult for the officer to respond to alerts from the bracelet.

“Even if an ex-convict wearing an ankle monitor moves, we can’t reassign him to a new probation officer even if we wanted to,” said one source from the Korean National Police Agency.

Legal scholars argue that Korea should adopt the practice of civil commitment, which would allow the government to continue detaining prisoners after they have served their sentences.

In the United States, civil commitment is applied in cases where sexually violent offenders suffer from a mental illness and have been deemed unable to control themselves.

“In cases where criminals have been convicted of rape, we should separate those who committed the crime out of impulse from those who committed it because of a mental illness,” said Lee Chang-moo, a professor of industrial security at Chung-Ang University. “We should focus on holding the latter in civil commitment, while making the first group wear ankle monitors as a measure. That’s how it should be, but currently we just put ankle monitors on everyone.”

“Most sex offenders have a high chance of becoming a second-time offender or committing other serious crimes,” said Kim Dae-jin, a professor of public affairs and economics at the University of Seoul. He has been studying the effectiveness of ankle monitors with support from the Ministry of Justice. “The greatest weakness of ankle monitor regulations is that wearers can freely travel around the country and are only limited when going abroad.”

“Rape convicts on average have to wear an ankle monitor for seven years, which is longer than those who are convicted of murder and other serious crimes,” said Park Young-soo, a professor of criminal law at Semyung University. “We need to adopt measures like house arrest and restrict perpetrators to only travel from work and home.”

But even house arrest does not promise a cure-all.

In September, a 34-year-old ex-convict raped a woman who lived in the same apartment building after breaking into her place.

Because he was still in the building, he was technically “at home.” His probation officer was unable to stop him.

Last summer, a man who was already convicted three times of rape committed the same crime in his apartment.

In May, another ex-convict held a woman at knifepoint and raped her in his own home.

She was visiting him after they met through an online dating app.