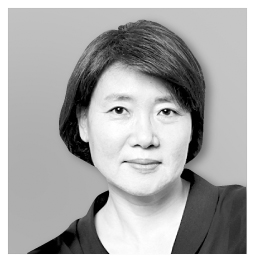 Her father swam through the icy water of the Tumen River to reach her. From across the border, she used wire-cutters to cut through a fence. Only after he succeeded in grabbing his daughter’s hands did the father throw away the poison pill he was carrying. He planned to use it if he was captured by border guards.

“I was relieved. I came to Seoul, and my father followed a broker in China to another country to come here,” the daughter recalled. “But I was notified later that he was arrested by the Chinese police near the border. I don’t know what happened to him. My mother died when I was 10, and my father raised me and all my siblings. My worries are growing day by day.”

The daughter is Kim Ju-yeon, a 29-year-old defector who left North Korea six years ago. She and her siblings escaped the North one after another and they saved money to bring their father to the South. But he faced a tragedy. After seeing other defectors, whose families were repatriated from China to the North and executed there, she visited the Blue House, National Assembly, Foreign Ministry, Unification Ministry and Chinese Embassy in Seoul every day over the past 14 months.

“I had high expectations for President Moon Jae-in,” she said. “I was touched by his slogan, ‘People first’. I waited in front of his house in Hongeun-dong starting at 5 a.m. on May 13, 2017, when he left home to enter the Blue House. I managed to deliver my letter to the head of the Presidential Security Service. The letter asked the president to save my father, a defector who was detained in China, and to stop his repatriation.

“He took my letter and boarded the car with the president,” she said. “And that was it. Since then, I sent dozens of more letters. But our story was never heard. There was never any mention about human rights of defectors or North Korean residents. We were probably not the people he was referring to in his campaign slogan.”

Kim said she was devastated to see South Korean singers travel to Pyongyang to give a performance. “It was a performance for the elite of Pyongyang and Kim Jong-un and Ri Sol-ju were smiling,” she said. “They execute people who try to escape the country. They spy on their citizens’ every move. When someone survives a fire, they criticize them for survival. They have created a living hell,” she said. “I have no goodwill left in my heart, so I cannot say this gently.”

The inter-Korean summit is approaching, and anticipation for the upcoming North-U.S. summit is also growing. Kim Jong-un, now the leader of a nuclear-armed North Korea, will make his debut in the international arena, shaking hands of leaders of China, South Korea and the United States one after another. It is a grand transitional period that will decide the fate of the Korean Peninsula.

The United States has presented a condition in this game, aimed at the complete denuclearization of North Korea. It is a human rights issue. “We are likewise fighting very diligently to get the three American citizens back. I think there’s a good chance of doing it. We’re having very good dialogue,” Trump said on Wednesday. He also vowed to take up the decades-old issue of the North’s abduction of Japanese citizens in his upcoming summit with Kim, accepting a request by Japanese Prime Minister Shinzo Abe. The New York Times said the United States is pushing the North ahead of the summit. It means those issues are preconditions of the summit.

Improving human rights conditions is a basic change demanded of a dictatorship that wishes to become a normal country. Furthermore, it is a fundamental responsibility of a country that demands a captor to release its detained citizens.

But South Korea is quiet about the issue, although it has the most number of citizens held in the North — at least six since 2013 — and has failed to confirm the whereabouts of the hundreds of people, including prisoners of war and fishermen, trapped there since the Korean War. The government appeared to have proposed holding routine family reunions. Some 40 groups advocating human rights demanded that North Korean human rights issues be addressed as part of the agenda of the inter-Korean summit, but they are ignored.

Human rights are universal values that must be promoted beyond ideologies and regimes. Today’s Republic of Korea is an accomplishment of the liberals who rejected the peculiar nature of Korean-style democracy in the 1970s and fought authoritarianism. This is the precise reason the Moon Jae-in administration should raise the human rights issues with the North.

The South must persuade the North that the biggest card for Pyongyang to promote Kim’s genuineness is improving human rights, and that is the way to win the regime security. I hope to see an announcement at the summit that North Korean leader Kim agreed to release six South Korean detainees as a first step. My thoughts and prayers are with the people who will shed tears of blood when they watch the live broadcast of the inter-Korean summit on Friday.