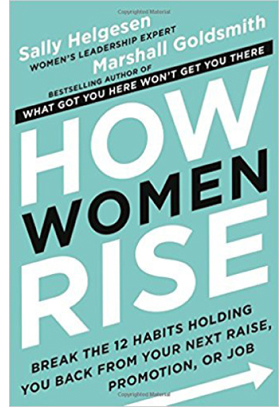 How Women Rise: Break the 12 Habits Holding You Back from Your Next Raise, Promotion, or Job

Ready to take the next step in your career…but not sure what’s holding you back?

Leadership expert Sally Helgesen and best-selling leadership coach Marshall Goldsmith have trained thousands of high achievers - men and women - to reach even greater heights. Again and again, they see that women face specific and different roadblocks from men as they advance in the workplace.

In fact, the very habits that helped women early in their careers can hinder them as they move up. Simply put, what got you here won’t get you there and you might not even realize your blind spots until it’s too late.

Are you great with the details? To rise, you need to do less and delegate more.

Are you a team player? To advance, you need to take credit as easily as you share it.

Are you a star networker? Leaders know a network is no good unless you know how to use it.

Helgesen and Goldsmith identify the 12 habits that hold women back as they seek to advance, showing them why what worked for them in the past might actually be sabotaging their future success. 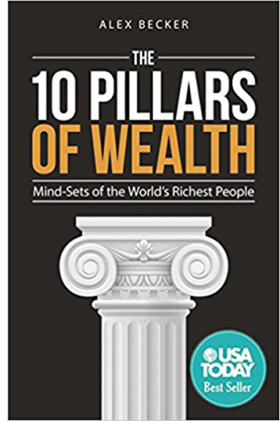 The 10 Pillars of Wealth: Mind-Sets of the World’s Richest People

Think like a multimillionaire; leave the 9 to 5 behind. The world has led you to believe that financial freedom is not something you can willfully create in your life. You have been taught to view wealth as something that happens only to a lucky few who win a random business lottery or are blessed with unimaginable talent. The truth is that creating excessive financial wealth does not come down to luck or talent. It comes down simply to your beliefs, understanding, and views - the “pillars” that reinforce your every action. Alex Becker not only breaks down the most important pillars for you but also shows you how to bring them into your life today to begin generating lifelong financial freedom.

Discover how to successfully quit your 9 to 5 and take back your life without taking massive financial risks, separate your time from money so that you are constantly getting paid (even in your sleep), understand the lessons multimillionaires have learned through years of trial and error, map out the exact steps needed to build million-dollar businesses and learn how to make money quickly. 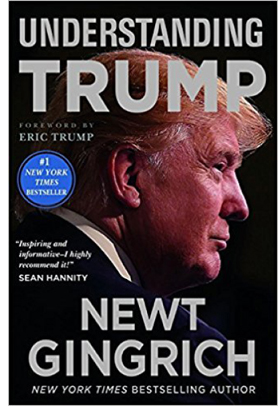 The presidency of Donald Trump marks a profound change in the trajectory of American government, politics, and culture. Like his administration, the movement that put him in office represents a phenomenon that is worth studying.

Donald Trump is unlike any president we’ve ever had. He is the only person ever elected to be commander in chief who has not first held public office or served as a general in the military. His principles grow out of five decades of business and celebrity success - not politics - so he behaves differently than do traditional politicians.

In “Understanding Trump,” Newt Gingrich shares what he learned from more than two years helping Trump and his team during the campaign, the election, and during the first months of the presidency.

Mr. Gingrich provides unique insight into how the new president’s past experiences have shaped his life and style of governing. This book also includes Mr. Gingrich’s thorough analysis of how President Trump thinks and makes decisions, as well as the president’s philosophy, doctrine, and political agenda going forward.

Finally, “Understanding Trump” explains the president’s actions so far and lays out a vision for what Americans can do to help make President Trump’s agenda a success.

The president owes his position to the people who believed in him as a candidate, not to the elites in government and media who have expressed contempt for him since he began his campaign to become president. The very essence of Trump’s mission is a willingness to enact policies and set goals that send our country in a bold new direction - one that may be “unreasonable” to Washington but is sensible to millions of Americans outside the Beltway.