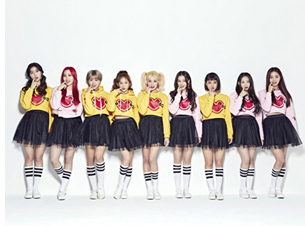 “Bboom Bboom” is the first single off of the group’s third EP “Great!” and since its release in January, the group has won first place on the SBS weekly music program “Inkigayo” seven times.

“Because of the success of the music video, there have been many ‘Bboom Bboom’ dance cover videos from Japan, China, Vietnam and even all the way in Europe. Momoland has been receiving many invitations [to perform] for events,” said their agency Duble Kick Company.

The group is currently preparing to release music in Japan in June.