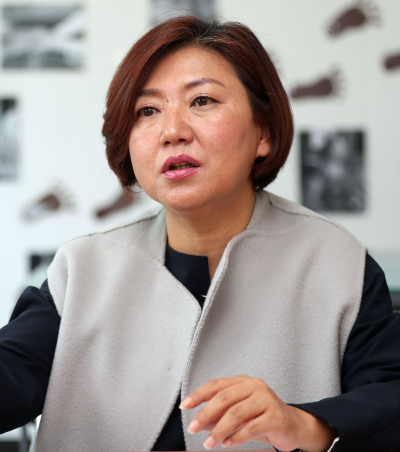 During the Vietnam War, South Korea sent more than 300,000 troops to assist the United States in fighting North Vietnamese forces. While they were only meant to target Viet Cong fighters, civilians say South Korean Marines massacred an untold number of villagers in Phong Nhi, Phong Nhat and Ha My in February 1968.

The exact death toll is uncertain, and the Korean government has not acknowledged the incidents, but the Korea-Vietnam Peace Foundation, which is committed to exposing wartime atrocities, believes 209 civilians were killed in the three villages alone.

This year marks 50 years since the massacres allegedly occurred, and two survivors visited South Korea on April 18 to share their accounts at an event hosted by the Lawyers for a Democratic Society and presided over former Supreme Court Justice Kim Young-ran.
South Korea first entered the war in 1964 and deployed combat troops the following year. The Korean government has not formally acknowledged that troops killed civilians during the war, but activists say massacres occurred between 1966 and 1968.

Ku Su-jung, senior director of the Korea-Vietnam Peace Foundation, is one of those activists. After majoring in social welfare at Hansin University, she went to Vietnam to study history and learn the local language. In 1999, she participated in field investigations of massacres allegedly conducted by South Korean troops, an experience that fueled her interest in the subject.

When the JoongAng Ilbo met Ku at her office in Oksu-dong, eastern Seoul on April 11, she was preparing for the victims’ testimonials. “In truth, many find it difficult to even decide to come to Korea,” she said. “They ask themselves, ‘How can I go somewhere so frightening’ or ‘Will I return alive?’ This year marks 50 years since the killings occurred yet these people remain stuck in the past.”
The following are edited excerpts from the interview with Ku.

Q. You first invited Vietnamese victims to Korea in 2015. Tell us more about that.

A. The most important aspect was healing their trauma. Nguyen Tan, 57, a victim of the Phong Nhi and Phong Nhat massacre who visited in 2015, is returning. She says, “Korea used to be a frightening nation, but it is now a place of memories and friends.”

She was 8. Her father died before the massacre, and her single mother was out in the market selling merchandise to raise her four children while her aunt looked after the kids. Her aunt had a 10-month-old child of her own.

As they were coming out, they were showered with gunfire. Tan was shot in her thigh and discovered her brother’s behind had been mutilated, her older sister was killed on the spot and her youngest brother was shot in the mouth. He was spewing blood as he tried to breathe, and Tan tried to lift him, but she could not.

She ran to her older brother shouting, “The youngest is dying, what should I do? I can’t lift him!” but her older brother could not walk. He told her, “We need to find mother to save him.” As she walked, she discovered her intestines were spilling out of her stomach. She remembers how, as an 8-year-old, she ran around searching for her mother while holding her guts in her hand.


During your studies in Vietnam, you discovered a document that would change your life forever. It would propel you into a comprehensive field investigation of the massacres. Tell us more about that.

I first arrived on site in 1999 and stayed for 45 days. I had one North Vietnamese document in hand titled “The Crimes of the South Korean Army in South Vietnam.” It documented around 40 massacres. I struggled to locate them since most of the local names had changed after 1975, but whenever I stopped someone and asked them about the killings by Koreans, I found a guide. It made me think, “Wow, these massacres happened everywhere.”


But President Moon Jae-in has apologized in Vietnam.

Not one line was reported in the Vietnamese press. The Vietnamese are not aware of former President Kim Dae-jung’s apology or former President Roh Moo-hyun’s statement of “debt in the heart of the people” since such content was never published. This issue of apology is only controversial in Korea. Korea is repeating an apology that Vietnam cannot hear.


Hasn’t the Vietnamese government also proposed “burying the past and moving on?”

It’s true that the Vietnamese government remains passive toward the issue due to its own problems. It displayed a similar reaction this time as well. They have relayed to our government how recent the Vietnam War was and how visceral its scars remain. Both the perpetrators and victims of such scars are very much alive. If the Korean president’s apology brings these issues to the forefront, it may jeopardize the fragile internal unity and stability of Vietnam.


So how can we apologize?

Germany is always brought up when we refer to an exemplary apology. Former Chancellor Willy Brandt offered an apology on his knees, on the spot, and it is remembered as a key moment in history. Today, the entire world acknowledges that Germany has apologized. It is important to offer apologies on site. Until now, the Korean government has only offered comprehensive apologies. There must first be an investigation followed up by specific and realistic amends.


But the Vietnamese government would say no to it.

The Park Geun-hye government negotiated the “comfort women” agreement with the Japanese government [in 2015]. But the actual victims do not accept its results. A similar situation could occur in Vietnam.

When former President Kim Dae-jung offered his apology in Vietnam, he also promised to build five hospitals and extend support to around 40 schools in impoverished regions of central Vietnam — one hospital for each of the five provinces where Korean troops were deployed and a school for each of the 40 villages where massacres took place. An investigation was necessary to survey locations for this initiative. Since it was a large development assistance project, our government probably received statistical data about the massacres from Vietnam.


There are veterans of the war who refute your words.

Many of these people have unfortunate grievances of their own. Many were deprived of proper pay. They went to Vietnam at an extremely young age to serve their country but haven’t received their fair due. Many of them might have felt their entire lives crashing down in front of them when we raised the issue of massacres.

But many of these veterans have changed since. “It’s true that civilians were killed. It happened beyond our control, and we didn’t do it on purpose.” They’ve gotten as far as this.