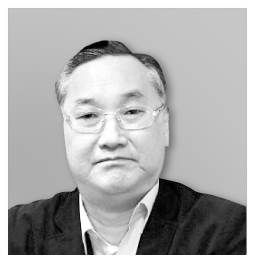 Kang Tae-uk
*The author is an opinion editor of the Korea JoongAng Daily.

North Korea made a blitzkrieg-like statement a week before an upcoming inter-Korean summit and ahead of a U.S.-North summit to be held sometime later. On Friday, it announced it will shut down a major nuclear test site at Punggye-ri and stop its persistent nuclear and missile tests. It is time to concentrate on resuscitating its economy, it stressed. It may expect aid from liberal South Korean President Moon Jae-in and might be trying to exploit the egomania of U.S. President Donald Trump, both of whom could be trying to cast themselves as the heroes who put an end to the decades-long armistice on the Korean Peninsula.

On Monday, South and North Korea agreed on some details about the summit in Panmunjom — such as protocol, security and news coverage — and decided to broadcast some of the key moments live, including North Korean leader Kim Jong-un crossing of the military demarcation line toward the southern section of the truce village at Panmunjom and shaking hands with Moon before kicking off the summit.

President Moon Jae-in heartily welcomed the North’s announcement, defining it as a momentous step toward denuclearization. He underscored that the North’s declaration to suspend its nuke tests and intercontinental ballistic missile (ICBM) development constitutes what he called the first phase of denuclearization — “a nuclear freeze” — and was the first step on a long road to a complete dismantlement. “The announcement is a hopeful sign not only for a summit with Kim but also for President Trump’s summit with Kim later,” Moon remarked. The Ministry of National Defense backed it up with pulling the plug on 40 propaganda loudspeakers — first put up 55 years ago — along the heavily-armed border to create an amicable environment for the summit tomorrow.

Trump is reportedly considering the idea of striking a “big bang” deal with Kim at their summit — referring to a comprehensive package of compensation in return for the North’s complete dismantlement of its nuclear weapons— instead of going along with Kim’s “phased and simultaneous resolution” of the problem.

Despite all the hoopla over the two summits, however, you can hardly be convinced of the North’s genuine will to abandon its “treasured sword of justice” that Kim’s regime has struggled and sacrificed so much to build.

Sico van der Meer, a research fellow at the Clingendael Institute, underscored that North Korea will never abandon its nuclear arsenal as it is considered the best guarantee for regime survival. Evans J.R. Revere, a former U.S. deputy assistant secretary for East Asian and Pacific Affairs at the State Department, relayed what a senior North Korean official once told him. “If you remove those threats, we will feel more secure and in ten or twenty years’ time we may be able to consider denuclearization. In the meantime, we are prepared to meet with you as one nuclear weapon state with another to discuss arms control,” he wrote in Newsweek.

Pyongyang’s latest announcement is nothing less than an official declaration that it has become a member of the nuclear club after six nuclear tests and does not need to further advance its ICBM technology as “we have already completed it.” While delivering the news, North Korea’s state mouthpiece Korean Central News Agency did not even mention the word “denuclearization” nor pledged to scrap its stockpiles of existing nuclear arms deeply hidden in mountains across the country, leaving much room for tough negotiations down the road.

Most security experts attribute Kim’s dramatic turnaround to suffocating sanctions and the threat of a “bloody nose” strike by Washington — not Kim’s willingness to rid himself of his precious weapons. Even if he pretends to be faithfully headed toward denuclearization, he still has a number of scientists and technicians left who can reproduce nuclear weapons at any time he wants. Then, why not feed his people first through his charm offensive as his father did before?

As nothing has basically changed by now — and probably later on as well — a bumpy road lies ahead. First of all, President Moon should not be tempted to push the transformation of the existing truce into a peace treaty no matter what. If he does so — as North Korea desires — there would naturally be no need for the U.S. Forces to stay in South Korea as a result of the cessation of hostilities between Washington and Pyongyang, which will inevitably trigger an unparalleled security crisis for South Korea sooner or later when North Korea flip flops on its earlier position, demands a withdrawal of U.S. troops from Trump at an upcoming summit or later and unpredictable Trump gladly accepts it for whatever reason. If you lose an ally once, you can hardly bring him back later.

Also, the government must not hurriedly push for economic cooperation with the North — including the resumption of operations at the Kaesong Industrial Complex, in particular — until Pyongyang puts denuclearization into action irreversibly.

As the game of chicken has only begun between South and North Korea and between “The Donald” and “Little Rocket Man,” it is way too early to pop the champagne cork: the North’s offer stops at the stage of suspension — the first step in a long and arduous denuclearization process to be followed by the reporting, scrutinizing, disabling and, finally, dismantling phases. Given the North’s notoriously deceitful past — and despite its carefully-choreographed images as a normal state — we may end up wondering once again “What has really changed?” after a couple of years from now if ego-driven Moon — and Trump for that matter — rush to be remembered as heroes.