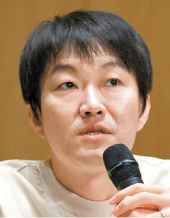 Nexon’s plans for the future will give individual game studios within the company more control over the development process, according to its new CEO Lee Jung-hun.

Lee, who was appointed to the position in January, stressed that Nexon will hold on to the diversity that has been at the core of the company’s game development strategy in recent years.

“I believe my primary role during this term will be creating a system that will help us do our best while maintaining the value of diversity,” he said on Wednesday at a media event during the Nexon Developers Conference at the company’s headquarters in Pangyo, Gyeonggi.

It was Lee’s first official public appearance after he was promoted to CEO from vice president. Lee entered Nexon in 2003 as a college graduate and has climbed his way up the corporate ladder on the back of successful PC releases like FIFA Online 3 and mobile games like Hit.

Earlier this month, Nexon announced its first organizational reforms under the new leadership.

The biggest shift was launching seven studios for game development, which replaces Nexon’s old system where developers existed as teams or divisions under the company. The intention is to give studios more autonomy in decision making, so they don’t have to constantly respond to requests from the company’s leadership.

“Studios will be given the authority to make decisions, including hiring, within their budgets [allocated by the company],” said Nexon Vice President Chung Sang-won, who oversees game development. He added that games in the past received internal reviews in the middle of development, which often led them to receive bad remarks in early stages of development and be dropped.

While other game developers have concentrated their workforce and assets on either mobile games or particular types of games, Nexon has maintained a wide portfolio. It produces both PC and mobile games across many different genres.

Only a few of Nexon’s games have been successful, so many think the company should narrow its focus. But Chung disagrees.

“The game industry is constantly changing and so is the taste of gamers,” said Chung. “I believe it’s better to prepare many ideas from many people.”

It remains to be seen how Nexon is planning to use new technology such as artificial intelligence and blockchain to enhance its products.

The company’s Intelligence Labs organization is currently in charge of finding ways to make use of the company’s accumulated consumer data.

“The word AI has wide boundaries, but the Intelligence Labs will focus on applying the technology to games,” said Lee. The CEO also denied local reports on Wednesday that said Nexon is on the verge of acquiring the European cryptocurrency exchange Bitstamp.